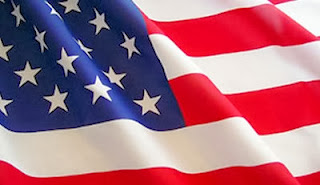 The United States has expressed concerns over the conduct of the recent gubernatorial poll conducted by the Independent National Electoral Commission (INEC) in Anambra State.
It, however, expressed its readiness to work with the electoral body to avoid a repeat of the errors which led to a supplementary election in future polls.
The US Assistant Secretary, Bureau of African Affairs, Ambassador Linda Thomas-Greenfield, while speaking at a press briefing in Abuja Thursday, reiterated that transparent elections remain a high priority for the US government.
“Based on what I have read, I would say the elections were problematic, that is what has been reported here in this country. We have met with various parties and we have heard from parties that the elections were problematic. It raises some concerns about future elections and we want to make sure that again, we will work with the electoral commission to ensure that the kinds of problems that occurred in the Anambra election do not occur in future elections,” she said.
The US government is also willing to work with the Nigerian government and political parties to ensure that the elections in 2015 reflect the will of the people, Thomas-Greenfield said.
She spoke on other issues regarding security and expressed condolences to Nigeria for last Monday’s attack by suspected Boko Haram militants on an Air Force base and airport in Maiduguri.
The attack, she said, was an example of the impact which terrorism can have on a population.
“Our cooperation with the Nigerian government, security forces and the people, is ongoing and we hope to assist in efforts to implement a comprehensive approach to the situation in the North east of Nigeria,” he said.
Thomas Greenfield dispelled insinuations that the recent designation of Boko Haram as a terrorist organisation would result in stricter screenings of Nigerians who wish to travel to the US, or that the US may execute drone attacks on militant bases in Nigeria.
“Those things never came to our mind when we made that decision. Designating Boko Haram as a terrorist organisation gives us tools, which we use in assisting Nigeria government on Boko Haram particularly in the area of terrorism financing. The designation does not imply in anyway, to more screening of Nigerians who are travelling to the US. Nigerians who have nothing to do with Boko Haram or are not in any way connected to Boko Haram have no reason to be concerned about this. We have very strict requirements to come to the US and they were imposed on everyone,” she clarified.
She reiterated that military action alone cannot solve the problems brought on by terrorism, but a long term socio-economic strategy which she added, the US is interested in helping Nigeria implement in the North East.
The Commander, US African Command (AFRICOM), General David M. Rodriguez corroborated that there would be no drone attacks on Nigeria, rather the US would work with Nigeria to increase the capacity of its security forces.
He noted that areas of security cooperation between the US and Nigeria would be in intelligence sharing, intelligence gathering and public affairs to help citizens understand ongoing situations and developments related to security.
The US Ambassador to Nigeria, Ambassador James Entwistle said it is encouraging that INEC has realised its own shortcomings in the Anambra elections.
“It is encouraging that INEC itself realises its own shortcomings, they have been very public and transparent about that. They are taking a look at their own staffing, finding out why their performance was not better. My impression is that INEC is using the Anambra election as a lesson to get ready for the next elections,” he said.
culled from thisdaylive.com