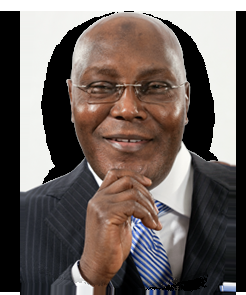 If former Vice President Atiku Abubakar decides to contest the 2015 Presidential elections, it would be his fourth shot- 1992, 2007, 2011 and 2015. Without doubt, Atiku’s decision to contest will draw diverse reactions from many quarters. For instance, his opponents will be quick to describe him as opportunistic and a desperate serial presidential contestant. His supporters will refute by describing the decision as sheer doggedness and a clear sign of Atiku’s passion to serve his fatherland. Whichever way one would see Atiku’s decision if he decides to contest the 2015 Presidential elections, one thing that cannot be denied about him is- he is the most prepared candidate for the post of the President. Atiku Abubakar has a well-drafted policy document loaded with fine policies, programs and projects, including what Thisday’s Olusegun Adeniyi christened ‘The Atiku Abubakar Formula’. Atiku promised, if elected, that his medium-term strategy would be to ensure that recurrent expenditure is financed fully with non-oil revenues, while all oil proceeds will be invested in infrastructure, security, education and health.

There is no doubt; Atiku is the most grounded candidate for the 2015 presidential elections. However, there are many odds against him, compared to the few in his favour, taking into consideration the present realities in the polity. If President Goodluck Jonathan decides to seek for the presidential ticket of their party- the PDP, Jonathan will have the upper hand- incumbents always have an edge in their party’s presidential primaries. Pundits are of the view that, Atiku has made several political mistakes regarding his relationship with the PDP, most especially his refusal to fully integrate himself into the PDP family after the 2007 elections. In spirit of the ‘PDM family’, Atiku could have given the late Yar’Adua’s government his support, as well as participated in some aspects of the government. Again, after losing the 2011 PDP presidential primaries, it took Atiku very longtime to congratulate Jonathan and he never showed his face even once in the PDP nationwide presidential campaign tour. Those earlier political errors of judgment are still hunting Atiku’s political influence especially in the government at the centre and in his state. Nevertheless, one important fact that must be told is, had Atiku given-in so cheaply to either late Yar’Adua or Jonathan, his ‘political charisma’ could have diminished seriously. So, for his ‘tenacious’ style, any political calculation especially by those aspiring to contest the presidential election, Atiku must be the first to be factored-in in the equations. Well, politics they say is all about winning one’s game. Atiku’s style may have paid him; but he has lost what the average Nigerian politician cherishes -government patronage. For example, most of Atiku’s political allies are not in governments, both at the centre and the states.

Atiku’s chance to clinch the presidency is very bright; however, it depends on three factors: Jonathan declines to contest; the PDP offers a plain playing field or there is a massive revolt within the PDP. Political pundits say it would take the eighth wonder of the world for any of these three to occur.

Atiku however has other options- he could contest on another platform. But it would be a painstaking and a difficult decision for Atiku to leave the PDP for the second time because he went through hell to get readmitted into the PDP after his first walk-out. But nothing is impossible in politics; there are reports in the media that Atiku’s option B is a settled issue, as he will contest on the newly registered All Peoples Alliance (APA). One thing for sure is Atiku would wholeheartedly fight for the PDP presidential ticket. Nonetheless, being a typical Nigerian politician with immense war chest that easily scare-off his opponents, vast political network and connection, Atiku can comfortably contest on other platform apart from the PDP.

Above all, the controversial issue of power shift to the north would still show its face. Atiku may however not go with the so called ‘northern consensus candidate’ on the grounds that, the northern consensus candidate ‘mark’ has affected Atiku’s well known national spread and political fortunes. Furthermore, there is no strong candidate from the north that can single-handedly challenge Atiku. Even if there is, it would be either Vice President Namadi Sambo or President of the Senate, David Mark. But one critical factor that would help Atiku to have an edge over any other candidate especially from the north is, he is already ahead of them in terms of political structure and thorough understanding of the politics of the north. Furthermore, among all the possible PDP presidential contenders, Atiku is the only one that can freely decide to contest or not, while the decision of others is entirely centered on President Jonathan’s decision on a second term. Let’s not forget that, there many presidential materials apart from the aforementioned. For instance, at present, one person from north that can comfortably defeat the likes of Atiku and easily gain national support is Gen. Yakubu Gowon, but Gowon would be 81 years old by 2015.

It is not just sheer luck that has kept Atiku very relevant in politics of the presidential elections for about three decades. But from the beginning, he didn’t only focus on the ‘End Game’, rather, on building strong political organisation and working with bright people. On the other hand, PDP Presidential primaries that would feature Atiku versus Goodluck won’t be an exciting one- Nigerian have seen such a battle. But Atiku versus someone else would be very exciting. But the probability of such a contest is zero. Therefore, Atiku’s greatest obstacle to his presidential ambition will still be on how to get a strong party platform to contest on. Therefore, Atiku would surely put a strong fight for the PDP presidential ticket, as well as have his eyes somewhere else. After all, Atiku is a son to the PDP and a cousin to the opposition.