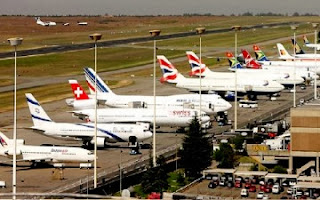 The Nigeria Airspace Management Agency has closed the Nnamdi Azikiwe International Airport, Abuja, to air traffic.
It was learnt that this followed the blocade of of the runway by a Saudi Airline cargo plane, which landed around 9pm on Wednesday but developed a minor problem after landing.
NAMA subsequently issued a Notice To Airmen on Thursday morning, meaning that the airport had been closed to both incoming and outbound planes.
As a result, thousands of passengers are stranded at different airports in the country, especially those who are Abuja-bound in Lagos, Port Harcourt, Uyo, Kaduna and Kano among others.
Officials are said to be battling to fix the grounded cargo plane and clear the runway.
culled from punch newspaper