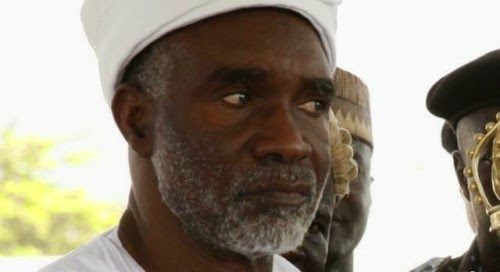 The governor returned to the federal capital to fight off likely impending impeachment.
In a last minute effort to stave off impeachment moves against him and his deputy, Governor Murtala Nyako of Adamawa State for the second time in a week flew to Abuja weekend to plead with state lawmakers to back off from the plot to remove him.
The embattled governor arrived Abuja for the final push as the seven-man panel mandated to investigate him for “misconduct”, prepares to submit its findings Monday.
The committee rounded off its sitting on Saturday following the refusal of Mr. Nyako and his deputy, Bala Ngilari, to attend the sittings of the panel which commenced on Friday.
Confirming the meeting with the lawmakers in Abuja, Senior Special Adviser to the governor, Phileas Elisha, said that in his bid to ensure that peace reigned in Adamawa, Mr. Nyako was not leaving any stone unturned as he had gone back to Abuja to renew negotiations with the lawmakers as he could never be “intimidated” by the antics of the PDP stakeholders.
He said efforts to resolve the crisis was being truncated by some PDP stakeholders allegedly hell bent on, ‘’ removing Nyako through illegal ways,’’ Mr. Elisha noted.
’’In their desperation to ensure that the impeachment plot scaled through, the PDP stakeholders issued a threat to sack any of its members that may retrace his step from the impeachment process despite the fact that the governor exonerated President Goodluck Jonathan who is the national leader of PDP from the exercise,” Mr. Elisha said.
“The whole impeachment move is being stage-managed by the so-called Adamawa PDP stakeholders who are trying to draw President Goodluck Jonathan into a thing he knew nothing of,” Mr. Elisha said.
“Not minding the antics of the so-called PDP stakeholders, Governor Nyako has moved to Abuja in order to continue consultations with the lawmakers as he was keen to see to the resolution of the impasse.”
The adviser said if Mr. Nyako is removed unconstitutionally, ‘’the government will challenge the process of removal’’.
The seven-man investigative panel set up by the former acting chief judge of Adamawa State, Justice Ambrose Mammadi, to investigate allegations of gross misconduct against Governor Nyako and his deputy, Mr. Ngillari said that it will submit its report Monday.
The secretary of the committee, Esthon Binanu, in a telephone conversation on Sunday said that, “if we complete our work today Sunday, definitely we will submit our report tomorrow Monday.’’
He maintained that the panel would be fair to all parties, stressing that ‘’it is criminal for anyone to try to speculate on the outcome of the panel’s sitting until the panel makes its verdict known.’’
However, the position of the secretary was coming against the backdrop of speculations that both the governor and his deputy may be indicted by the panel as the duo refused to appear before it.
The committee rounded off its sitting on Saturday following the refusal of Mr. Nyako and his deputy to appear at the hearings of the panel which commenced on Friday.
Explaining the reason for the governor’s failure to appear before the panel, the director of press and public affairs to the governor, Ahmad Sajoh, said the process of the impeachment was premised on illegality and, as such, the governor and deputy could not attend.
He faulted the then acting Chief Judge for setting up the seven-member panel based on substituted service, after the same Chief Judge personally gave a verdict preventing the House of Assembly from serving the governor impeachment notice through that method.
Mr. Sajoh described the action as double standard.
culled from http://www.premiumtimesng.com/

Those Who Signed Ndume out of Senate Leadership

COMMUNIQUE OF ADAMAWA STATE PDP STAKEHOLDERS AND ELDERS MEETING ON THE...