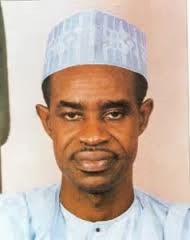 The People’s Democratic Party (PDP) crisis, which emanated from Adamawa state has cost Bamanga Tukur his seat as the national chairman of the party; forced Governor Murtala Nyako to defect to the opposition All Progressive Congress (APC); altered the political equation of the state and catapulted Boni Haruna’s political status to another level. These sudden political happenings at this crucial time of the politics of 2015 will bring unprecedented political re-alignments to the dynamics of Adamawa politics and the hitherto calculations of who gets what in the PDP, including its governorship ticket.
These political happenings will birth four political realignments. First, former Governor Boni Haruna will become the most senior politician from the state who has the ears of Abuja. Bamanga Tukur’s influence at the national level of PDP politics will dwindle, though he will still be seen as the man who led the rescue of the party from Nyako’s one-man siege. Atiku Abubakar, being a member of the APC now has to, and will definitely re-strategize. And new forces would emerge in Adamawa PDP.
The first impact of these four shifts will be on Governor Nyako’s political moves. Since a state governor cannot be underrated in the politics of his state, Nyako would ensure his firm and absolute control on the APC. After all, his opponents have always equated to him to someone who relishes the politics of acquiring everything for himself to the detriment of all inclusive politics.
The exit of Bamanga as PDP national chairman would shake-off people who relied solely on Bamanga’s position to have a say in the party. Thus, Tukur’s exit would pave the way for some people to attempt to win control and relevance in the party. Those eyeing the PDP governorship and other elective position tickets would also have to re-strategize in accordance with new direction. All eyes would be on the rumoured Awwal Tukur’s governorship ambition. Furthermore, for not having the national chairman from its house, Adamawa PDP executive may lose some ‘national office’ benefits it formerly enjoyed.
Atiku Abubakar would definitely re-strategize because the state executive of his new party -APC has already been shared among its stakeholders – the deal was sealed before Atiku joined the APC. Furthermore, a good number of Atiku’s supporters are still scattered between the PDP and Peoples’ Democratic Movement (PDM). Additionally, the politics of his home-state has taken a new course. For instance, Boni Haruna who almost sacrificed his political life for loyalty to him, with them eventually parting ways; has emerged as a federal minister. And he now has the ears of the President, thus automatically becomes the leader of the PDP in Adamawa state.
The opposition-APC would also be affected by these realignments. Just like in 2013, when Boni returned to the PDP prior to the 18th May 2013 Mayo Belwa constituency bye election for the State House of Assembly. ACN came a distanced third with only 1,200 votes as against PDP’s 12,040. And ACN until then had enjoyed strong support in that area. The APC now has a mountain to climb to avoid similar situation. The APC could leverage from former ACN’s robust coordination and understanding of the politics of Adamawa, but unluckily for them – most of former ACN stalwarts are Boni’s former political appointees and associates and virtually all of them have moved to the PDP.
One of the most important political events that would shape 2015 politics in Adamawa is Boni’s emergence as a federal minister; it will greatly alter the political calculations and the leadership of the PDP in the state. Since leaving office seven years ago, former Governor Boni has been able to attract a good number of diehard followers and maintain constant political relevance within Adamawa politics. One major secret that has helped him in this regard is his style of all representative governance, when he was governor. And when it comes to gearing towards 2015 political battle, Jonathan seems to have made a smart decision; Boni will be a great weapon for him in Adamawa State.
Zayyad I. Muhammad, writes fro Jimeta, Adamawa State, zaymohd@yahoo.com, 08036070980