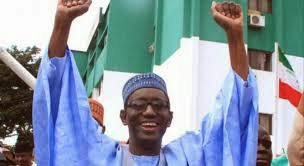 The emergence of Nuhu Ribadu as the governorship candidate of the People’s Democratic Party (PDP) will alter the traditional voting culture in the state. Nuhu’s emergence was trailed with so much hullabaloo, intrigues and the usual political maneuvers of who gets what. Furthermore, Nuhu’s strongest opponents, Senator Muhammad Jibrilla Bindawa of the All Progressive Congress (APC) and Dr. Ahmed Modibbo of the Peoples’ Democratic Movement (PDM), share some ‘similar’ traits with Nuhu- thus; they do not have any extraordinary advantage over Nuhu.
One cannot discuss Adamawa politics without delving into the sad nature of the politics of the state. Mother-tongue; geography; faith and the usual Nigerian money-politics are deeply rooted in the state’s polity and often shape the voting pattern in the state.
There is no doubt that Nuhu is the favourite candidate in the Adamawa governorship race, he enjoys unprecedented support across the state because he is relatively young, incorruptible, well-read, urbane, with a clean record and has integrity to jealously protect. Still, mother-tongue; geography; faith and the usual Nigerian money-politics may determine how some areas will vote for or against Nuhu.
For instance, Adamawa central, a zone that has a very large voting population and predominantly Hausa-Fulani, is a cosmopolitan area and an opposition stronghold. Yola North and South and Girei have a very large voting population and mainly support APC. However, the voting pattern could significantly skew in favour of Ribadu. Reasons being that Ribadu is a ‘home boy’ and the area is thirsty for a governor that will bring real development. Senator Bindawa had been confident of sweeping all the Hausa-Fulani votes from this area but the emergence of Nuhu may have wiped that advantage off. Bindawa’s candidacy was meant to challenge Umaru Fintiri’s candidacy not a Ribadu’s.
Song, Gombi and Hong will vote Ribadu- because the PDP’s Senatorial candidate is very strong in those three local government areas. Furthermore, the APC and PDM committed a major political blunder- both their governorship and senatorial candidates are individuals outside these localities. In fact, former Governor Nyako’s son, Abdul-Azeez Nyako, fly the APC senatorial flag for Adamawa central instead of his native zone- Adamawa south.
On the other hand, the chunk of the uproar about Nuhu’s candidacy was mainly from the Numan federation, because the area wanted a Christian governor. Though traditionally an overwhelmingly PDP area, the area may not be enthusiast, because their expectation was not met. And worse is that the APC is offering nothing to them and Bindawa does not seem to fit their bill. So the area will be in uncertainty that may lead to voter apathy.
The Chamba/Ganye chiefdom, Atiku’s locality, will be the biggest beneficiary of the governorship race- no matter who wins, one of their sons will be the deputy governor. The Chamba tribe has the largest voting population in Adamawa south. And have had the quest to produce a governor or deputy governor for long. The advantage Nuhu will enjoy in the chiefdom is that the Nyako political ‘stains’ may paint Bindawa black- Nyako loyalists were instrumental in defeating most of Atiku’s candidates in the APC primaries.
Adamawa north is devastated by the Boko Haram insurgency; those who are angry with the PDP over its failure to combat the insurgency may be reluctant to give Nuhu their votes. Even if he manages to win the area, Mubi will be an exception as they may vote their son- Bindawa. Despite being a ‘home boy’ in Adamawa north, Bindawa has very many difficult questions to answer arising from his four years as the senator representing the zone. Though, if Buhari wins, Bindawa may enjoy the bandwagon effect, but Buhari did not win Adamawa in 2003, 2007 and 2011. But this is 2015!
Dr. Ahmed Modibbo of the PDM with enormous war chest, has already lost the elections the moment he and his wife picked tickets for governor and senator. His candidacy will be an albatross to the APC.
Mallam Nuhu Ribadu is expected to have an easy ride at the polls, but he and his handlers have to work hard to fix the fractured PDP by using the spirit of wide consultations, extend olive branch to aggrieved contestants who lost to Ribadu, including helping to lift the suspension on some party members.
Zayyad I. Muhammad writes from Jimeta, Adamawa State, zaymohd@yahoo.com, 08036070980.