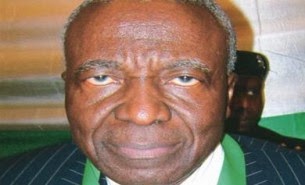 Rural development
Delegates should meticulously look at Nigeria’s rural development strategies. Nigeria’s rural development strategies have been mainly targeted at the country’s agricultural productivity. Though, majority of Nigeria’s rural dwellers are peasant farmers; rural development should go beyond agricultural productivity. It should also be directed at the development of human and natural resources; rural road, energy, education, culture, social order, and political awareness. This re-direction will make rural development in Nigeria conform with the global concept of rural development- “quantitative change or uplift in the standard of people in the rural areas, brought about through integrated approach, by both governmental and non-governmental agencies and the people themselves”. Delegates should develop a home-grown strategy in relation to the three global three rural development strategies. Though, many countries have tried the three rural development strategies; some countries have recorded some success while others, colossal failures.
Leadership Quality
Delegate should attempt to solve the puzzles:
What could be responsible for poor governance style by our leaders?
Why does politicking always overtake policies?
Why does an average politician see a political office as an opportunity for self enrichment?
Why public office is associated with pride, arrogance and larger than life attitude?
How our society can learn to disapprove the arrogance, pride, self enrichment and larger than life attitude associated with public office?
How can the average Nigerian leader be helped to mend his /her character?
Why our society does sometimes encourages national leaders to transform into to regional, ethnic or religious champion after serving at the centre?
Delegate should brainstorm the dicey issue of how to get leaders who can develop good policies for economic growth, influence international public opinion towards Nigeria and easily attract Foreign Direct Investment (FDI), including putting more energy into feasible economic objectives and provision of public good and infrastructure.
Local Governments Autonomy
The local government system in Nigeria is not working. The reason being that, some states government overwhelming control the third tier of government through the operation of the unpopular joint accounts, in addition to massive bribery, extortion, embezzlement, graft, nepotism and political patronage prevalent in the system.
There is a school of thought that suggests that more constitutional reforms are needed to strengthen the local government system. However, the fourth schedule of the 1999 Nigerian constitution coupled with some important judgements made by the Supreme Court on issues affecting the local government system are good enough to strengthen the system. Nevertheless delegates should discuss local government autonomy because 26% of national revenue goes to local government.
Fighting corruption
Corruption is one of the most widespread social evils in Nigeria; it is seen as a main threat in the public and private sphere. Corruption undermines fragile democratic systems by fuelling popular disillusionment with politics and politicians; it also undermines trust and confidence, which are necessary for upholding and development of sustainable economic and social order. Corruption is not only peculiar to Nigeria, it is a global phenomenon. However, anti-corruption war in Nigeria is like a gun-war being fought with bows and arrows, it is a war that can turn its fighters into victims and those being fought into heroes, it is a war that both sides manipulate to gain personal and political points, it is a ‘world’ of controversies, politics, extensive debates and high public expectations.
On the street, opinion about anti-corruption war in Nigeria is mixed; most Nigerians believe that it is “impossible” to root out corruption especially in within the political class, and there is general public consensus that, Nigeria needs a dogged anti corruption war, but public trust on EFCC is regrettably fast diminishing. This entails that, what we have is not what ought to be! Delegates should fearlessly propose ways to genuinely fight corruption in Nigeria.
The Nigeria Police
I’m of the view that the Nigerian police should be given a special attention by delegates at the conference, because, the Nigeria police has found itself in a social order completely alien to its primary role- policing.
There is a linkage between inept political leadership; dysfunctional economy and policing. Whenever the police of a nation is plagued by poor conditions of service, deplorable work environment, lack of incentives and motivation, corruption, low level of public confidence and serious lack of expertise in some specialized fields, the best option for officers when they find themselves on a tight-rope is- hue, cry and run.
The Nigeria Police needs reform in three areas- leadership, methodology and, culture & attitude. Although the Nigeria Police had witnessed quite a number of changes in many of its segments from its inception since 1861 when it began with a thirty-member consular guard formed in the then Lagos Colony. Delegates can brainstorm reforms in the police.
concluded
Zayyad I. Muhammad,zaymohd@yahoo.com,08036070980