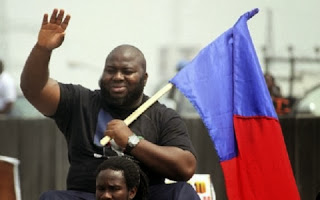 Niger-Delta activist, Mujahid Dokubo-Asari, has been released by security officials in Benin Republic. Mr. Dokubo-Asari was arrested in the neighbouring countryon Tuesday, his lawyer Festus Keyamo, said.
Mr. Keyamo confirmed the release to PREMIUM TIMES in a brief text message on Thursday morning, although he did not state the exact time and details of the release.
The lawyer had on Wednesday evening asked President Goodluck Jonathan to intervene and ensure the armed activist is released from Benin. It is not clear if the presidency played any role in the eventual release of one of his most vocal supporters.
Mr. Dokubo-Asari had threatened to make Nigeria ungovernable should Mr. Jonathan not be re-elected in 2015.