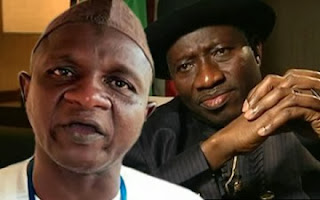 The Presidency said on Monday it was no longer interested in the December 9 deadline it handed over to the striking university teachers to return to work.
Rather, it said it was satisfied with the lecturers’ level of compliance with the directive to them to resume work or be sacked.
The Senior Special Assistant to President Goodluck Jonathan on Public Affairs, Dr. Doyin Okupe, said this while briefing journalists on the payment of the N200bn by the Federal Government into the “Revitalisation of Universities Infrastructure” account with the Central Bank of Nigeria.
Okupe’s claim of “substantial compliance” was however described as total falsehood by the Academic Staff Union of Universities leadership, which also said it would not attend a meeting on Wednesday(today) with the Supervising Minister of Education, Mr. Nyesom Wike, and vice-chancellors on the University Needs Assessment Report Implementation Committee.
Okupe had told journalists that the Federal Government was soft pedalling on the threat to sack the defiant ASUU members because many senior citizens and institutions had intervened.
He said that as of Sunday evening, government had reports that there was substantial compliance by many lecturers with the directive.
The Presidential aide added that the development encouraged the government to mellow down on its earlier tough stance.
He cited the University of Lagos as an example of a public university where in the Faculties of Law, Arts and Science, out of 100 lecturers, “ between 60 and 70 signed up to resume work.”
The trend, according to him, was replicated in “virtually all the universities in the country, including the Obafemi Awolowo University and University of Ibadan.”
Okupe said, “The ultimatum is not a matter for discussion anymore. I told you, there has been substantial compliance nationwide. If I say you must return to work on the 9th and 70 per cent of the people that I am talking to have returned to work, that is substantial compliance.
“What becomes of the remaining 30 per cent who did not return to work, these are issues that we do not want to stop the wheel of progress in sorting out this resolution. We are not interested in a witch-hunt; we are more interested in compliance and in the resolution of the crisis.
“Many senior Nigerians, institutions and organisations, including labour unions such as the Nigerian Labour Congress and the Trade Union Congress, as well as royal fathers have intervened and have pleaded with the government to soft pedal on the issue of ultimatum.”
Asked if the government was serious about the ultimatum in the first place, he replied “Yes.”
Okupe explained that the government was forced to issue the ultimatum because every other avenue to end the strike had been explored to no avail.
He said, “I said it before that governments worldwide, when pushed to the wall take steps that may be draconian but sometimes, they have to be taken in order to protect the citizens and the states they govern.”
The Presidential aide accused the media of presenting the strike as if the Federal Government and ASUU were in a face-off.
He said, “There is no face-off between the government and ASUU.
“ASUU may be grandstanding but the government is more interested in the resolution than in any form of confrontation with any union whatsoever.
“Our interest is to ensure good governance, orderliness and peaceful coexistence nationwide and among all sectors of the economy and that education is not left behind.”
While giving further evidence that the N200bn had been paid, Okupe released a copy of the letter written by the Deputy Governor of CBN, Mr. Tunde Lemo, to the Accountant General of the Federation, to journalists.
The letter, with reference GVD/DGO/GEN/MPA/05/151 and dated December 10, 2013, reads in part, “Confirmation of the execution of your mandates for the credit of account No: 00200xx522, Revitalisation of Universities Infrastructure Account.
“I write to confirm the execution of the following mandates by the CBN for funding of the above mentioned account as follows:
1. Mandate FDL/LP201340/1/30/DF: N129,300,000,000:00
2. Mandate FD/FA/124/Vol X11/120/1DF: N20,700,000,000:00
3. Mandate FD/LP2013/40/1/DF :N50,000,000,000:00
“I wish to further confirm that the available balance in the aforementioned account is N200bn (two hundred billion naira) only.
“Please accept the assurances of my best regards.”
With this, Okupe said there was no need for the continuation of the strike.
He said the President of ASUU, Dr. Nasir Fagge, had assured last Thursday that if there was proof of payment of the sum, the strike would be called off immediately.
Okupe said, “I hereby show the proof of payment to all Nigerians, not only to ASUU and to let the people know that when we say that this administration has no credibility issue, we mean it.
“We have kept our cool; we have taken a lot of insults and all that and things that were disparaging but we are glad to show this proof that this has been done as we said.”
culled from punchng.com

NO PLAN TO SELL REFINERIES —JONATHAN