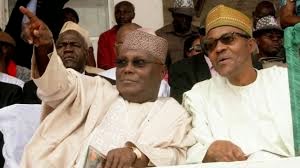 Over the years, former Vice President Atiku Abubakar has been the most visible politician, especially in the politics of Nigeria’s presidency. In fact, 68 years-old Atiku has so far has spent nearly half of his age doing politics.
Atiku is today one of the stakeholders in the Buhari Presidency and the All Progressive Congress (APC). The Buhari presidency is a product of change- a change that most Nigerians are keen for. Is Atiku a changed man? It seems Atiku is trying to right the wrong of the past. However, Atiku still means different things to his critics and supporters.
Atiku’s critics often argue that the core reason he ventured into politics was not different from that of a typical Nigerian politician- the quest for power and self enrichment. But his supporters say, mere politics is not what only defines Atiku, but the way he does it. Atiku is politically adventurous and his strategies in politics are always audacious- they surpass those of ordinary Nigerian politicians.
Over the years, Atiku has been the most visible politician, especially in the politics of Nigeria’s presidency. His opponents are always quick to describe him as opportunistic and a desperate serial presidential contestant. His supporters see his unrelenting participation in party politics as a clear sign of Atiku’s passion to serve his fatherland. Atiku’s supporters always boast that Atiku is one of the few top-notch politicians in Nigeria that fought the PDP – he, engineered the biggest revolt that shock the PDP (the famous New-PDP). And, despite that Atiku lost the APC presidential primaries to Buhari and his preferred candidate also lost the Adamawa APC governorship primaries; Atiku helped the APC with his immense war chest that easily scares off opponents- vast political network and connections.
Muhammadu Buhari- the politician; appears to have realised that, Atiku is such a man that must be factored-in in the present Nigerian political equations. Because of some reasons, including that, Atiku was the most prepared candidate for the 2015 presidential election. Atiku Abubakar has a well-drafted policy document loaded with fine, programs and projects, christened ‘The Atiku Abubakar Formula’. Atiku promised, if elected, his medium-term strategy would be to ensure that recurrent expenditure is financed fully with non-oil revenues, while all oil proceeds will be invested in infrastructure, security, education and health.
The Buhari presidency will a defining moment for Atiku to re-launch himself as a true democrat, who is already to sacrifice for the good of the nation. Though, the ultimate measure of a democrat is not how he stands at the moment of comfort and convenience, but how he stands at times of challenges and controversies. Nigerian will be closely watching Atiku in the Buhari presidency.
Zayyad I. Muhammad writes from Jimeta, Adamawa State, zaymohd@yahoo.com, 08036070980.

3 more persons get N4m for recovering rifles in Zamfara

The Worst performing Currency of 2016 was not the Naira