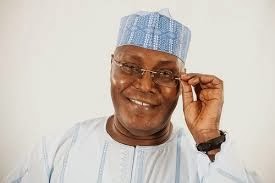 1. When the leaders of the former ACN, CPC and ANPP decided to merge to form the APC; they must have agreed on some certain conditions and terms- Atiku was not a party.
2. Bola Tinubu represents ACN, Buhari- CPC, SAS and Co represent ANPP, while the G5 and other Governors lead their states- if Atiku decides to join the APC, he will be a commander without troops.
3. If Atiku join the APC – it will be his third political party since 2007: PDP, AC, and APC. The questions of inconsistency will popup.
4. Going round states to seek supporters’ opinion- many supporters of Atiku are highly not comfortable with that decision- Atiku’s status is beyond that- leaders should lead.
5. Atiku’s home state politics and APC- the Exco of APC in Adamawa has already been shared among its stakeholders- the deal is sealed; if Atiku joins the APC, he would have little or no say in the party in his home state.
6. Most of Atiku’s supporters are scattered within the PDP and PDM- his supporters will be mere onlookers in the APC.
7. APC’s invitation to Atiku- was it not an after-thought? Atiku was the last person the APC leaders visited.
8. APC’s presidential tickets would be embroiled with too many interests.
9. Atiku is a founding member of the PDP; what would be his position in the APC?
10. Getting too late- few months to party primaries; Atiku a potential presidential candidate is yet to settle on one solid party platform.
Zayyad I. Muhammad, writes from Jimeta, zaymohd@yahoo.com, 08036070980