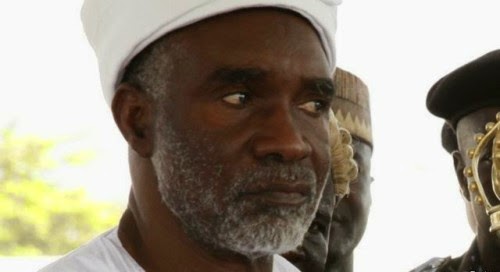 The Acting Chief Judge of Adamawa State, Ambrose Mammadi, has constituted a seven-member committee to investigate allegations of gross misconduct levelled against Governor Murtala Nyako and his deputy, Bala Ngilari, by the State House of Assembly.
The acting chief judge, in a statement, Friday, signed on his behalf by the Chief Registrar of the Court, Abubakar Bayola, disclosed that the chief judge in line with his constitutional responsibility, has constituted the committee as demanded by the lawmakers.
“The Hon. Acting Chief Judge Hon. Justice Ambrose D. Mammadi by the powers vested in him under Section 185(5) of the 1999 constitution as (amended) has approved the appointment of seven (7) Man Panel to investigate allegations of Gross Misconduct of the Executive Governor of Adamawa State Admiral Murtala Nyako and the Deputy Governor of Adamawa State Mr. Bala Ngilari,” the registrar said.
The committee is chaired by Buba Kaimaga from Mubi Northern Zone.
The other members are Laraba Hassan, Michika Northern Zone; Njidda Kito, Song Central Zone; Joshua Abu, Hong Central Zone; Binanu Esthon, Guyuk Southern Zone; Sa’ad Lawan, Mayo-Belwa, Southern Zone; and Esthon Gapsiso, Genye Southern Zone.
The statement added that the committee members would be sworn in at a later, unannounced date.
Mr. Nyako has been having a running battle with the lawmakers who have accused him of corruption and mismanagement of state funds. The anti-graft agency, EFCC, has also accused the Adamawa government of corruption and frozen the state’s accounts.
The governor, one of the five Peoples Democratic Party, PDP, governors, who decamped to the opposition All Progressives Congress, APC, has, however, denied the allegations, and has sued the lawmakers.
Despite a court order asking them to suspend the impeachment process, the lawmakers proceeded and asked the Chief Judge to set up a seven-member committee to investigate the allegations.
culled from http://www.premiumtimesng.com/

Adamawa 2012: The Test Of Political Wits