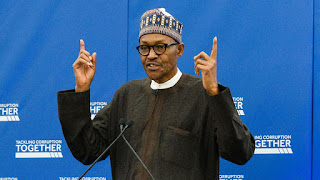 Whenever the word ‘foreign loan’ is mentioned, many Nigerians become troubled- the debt traps of the past still haunt us.

Some Nigerians are now asking quite a few questions on the Federal Government of Nigeria proposed 29.96 billion dollar loan. The Government of President Muhammadu Buhari says that within the next three years, it plans to borrow $29.96 billion from the World Bank, African Development Bank, and Japan International Co-operation Agency (JICA) to execute key infrastructure projects across the country between 2016 and 2018.

Some people are asking: Will the masses enjoy any benefit from the proposed $29.9 billion loan? Will the Muhammadu Buhari government judicially utilize the monies? Is it the right time for the loan? Will the whopping 29 billion dollar loan not take Nigeria back to the league of the Heavily Indebted Poor Countries (HIPC)?

Nigeria is in a recession mainly due to the reckless mismanagement of the country’s abundant resources by previous regimes and the failure of the political class to save for the rainy days. Experts and public commentators alike believe that these loans are one of the fastest ways to get out of the recession.

A former senior colleague of mine at African Petroleum Plc (now Forte Oil), Aliyu Nuhu said: “There is hardly any economic reason to fear long term loan at low interest rate. In relation to GDP, Nigeria is not even a debtor nation. A loan with tenure of 20 years at 5-10% interest handled by a financially prudent and responsible government is a welcome idea anytime”. President Muhammadu Buhari’s global image as a no nonsense fighter of corruption and international approval of Nigeria’s capacity to handle such a huge loan at this critical time, is something that all Nigerians must flaunt.

Most experts who understand where Nigeria is coming from and the challenges and expectations ahead, must also share Nuhu’s thoughts that; “Of‎ course there are economic issues like inflation, high interest rate, high taxes, crowing out and interest repayment to worry about, but the loan Nigeria is seeking is not the type to lead to such problems. The truth is, every nation needs a leverage of loan to fast track its development. There is no developed nation without a debt on its head.

The biggest and richest countries are the most heavily indebted. The UK for instance is in debt deficit of 11% of its GDP and has 43bn pounds of interest to pay. In United States, if you share national debt among its citizens, each man, woman and child will owe about $42,998 according to Money and Time survey by Time magazine. But there is huge difference between national debt and family debt. What most people do not understand is that national debt is not family finances. The difference is that government has the central bank to control the economy. It has more financial and monetary flexibility to get out of trouble. Also government lives a long infinite life unlike a family with average life span of 75 years. Today US National debt is $19trillion, more than quarter of its nominal GDP, yet it paradoxically has the largest economy in the world and remains the richest nation on earth. The fact that institutions are willing to lend Nigeria $30bn tells much about its economic viability and credit rating. Kenya had sought and failed to secure $200m loan”

President Buhari’s plan to borrow will definitely stimulate the economy; quickly take the country out of recession and fast-track the much needed infrastructure development.

Buhari’s government has in place good policies and framework for fiscal and public debt sustainability. So, those people worrying unnecessarily about the $29.9 billion dollar loan should put their minds at rest. President cannot be a party to the type of reckless and ineffective external borrowings of the past which resulted in a debt burden that Nigeria could not manage.