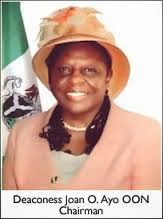 A cabal in the Federal Civil Service Commission is doing all it can to sustain its grip on the promotion of senior cadres in the federal bureaucracy as the federal government attempts to check the excess of the group.
LEADERSHIP Weekend learnt that some top civil servants from the level of deputy directors paid between N5million and N10million to be cleared for promotion as directors. Those who could not pay were stagnated for over a decade.
The illicit activities of the group allegedly came to the limelight when the federal government appointed Deaconess J.O. Ayo as the chairman of the commission and mandated her to sanitise the promotion exercise, especially for senior servants who had inundated the presidency with complaints on the exploitation of the cabal.
Sources in the commission disclosed to our correspondent that the top civil servants responsible for the exercise resisted Ayo’s appointment and did all they could to frustrate her, including dropping charms in and around her office apparently to intimidate her.
Although there were claims that the commission’s boss had cut the cabal to size, sources said that all was not entirely well with the exercise as the cabal had only changed its tactics.
According to one of the sources, the cabal that had been in charge of promotion has been rendered impotent because officers whose promotions were embargoed because they did not play ball now have cause to celebrate.
LEADERSHIP Weekend learnt that since Deaconess Ayo assumed office, no fewer than 2,672 federal civil servants had scaled through the yearly directorate level promotion examinations, representing over 29 per cent increase compared to those who sat for same exams last year without the usual corrupt practice.
According to an insider, there was a cabal that had hijacked the promotion exercise and officers were made to pay as much as N5 million to earn their promotion from assistant director to deputy director while those moving from deputy to director used to pay more.
“I had been a deputy director since 1998 all because I could not pay a minimum of N5milion; I strongly believed my promotion would come without bribing these people and God has done it; thank God for President Goodluck Jonathan who appointed Deaconess Ayo as the chairman, Federal Civil Service Commission.
Nobody asked for a dime from us; we all sat for the examination and the results are out and I am now a director,” a civil servant told our correspondent.
Also, a newly promoted deputy director said: “I was supposed to have become a deputy director since the last five years but the powers that be would not let that be; this year, we were all surprised when about 100 vacancies were declared in our office, and I thank God I am one of the deputy directors.”
Another official who benefitted from the promotion said integrity, hard work, impartiality and dignity will soon be back in the civil service. According to her, “the era of money for promotion has ended; may God bless this woman for us.
As long as you are hardworking, your promotion is guaranteed. This is how things should be.”
According to the spokesman of the commission, Joel Oruche, a total of 4, 493 officers participated in the 2013 promotion for the directorate levels, with 2, 672, representing 59. 57 per cent, emerging successful.
According to him, the latest record is “against the 2012 record of 4, 034 officers with only 1, 229 being promoted, representing 30. 6 per cent of the participants”.
He said the improved scores were as a result of steps taken by the FCSC and other stakeholders led by the chairman of the commission to ensure a fair and objective exercise.
According to him, measures that resulted in the success include: “Putting on hold the indiscriminate transfer of officers into the federal civil service, abolition of proper placement which is an aberration that is not traceable to any rules and regulations or guidelines in the civil service.
“Others are strict adherence and enforcement of cancellation of notional promotion and streamlining of promotion exercises on annual basis which has led to clearance of promotion backlog.”
When contacted on the development, Deaconess Ayo simply said: “The glory belongs to God and not to me or any member of my team.
All we want is the restoration of the core values of integrity, impartiality and dignity that had existed in the civil service.”
culled leadershipng.com

How crude oil is stolen, refined, sold in Niger Delta

Will North Vote For Jonathan?