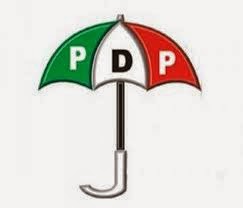 COMMUNIQUE OF ADAMAWA STATE PDP STAKEHOLDERS AND ELDERS MEETING ON THE IMPEACHMENT OF THE GOVERNOR AND HIS DEPUTY
Members of Adamawa State PDP Stakeholders and Elders met at the State Party Secretariat on Saturday, 28th June, 2014 to discuss the current issue in the state – i.e. the impeachment notices issued against Governor Murtala Nyako and his Deputy, Bala James Ngilari, by the Members of the State House of Assembly. After exhaustive deliberations on the matter, the meeting resolved as follows:-
That the Nyako/Ngilari administration has over the years brought Adamawa state to its knees politically, economically, infrastracturally, and security wise. That through its deliberate and misguided policies, the regime both exacerbated social and political tensions in the state by creating ethnic and religious distrusts amongst the various groups, and entrenched lawlessness, unconstitutionality, corruption, nepotism, favouritism and dishonesty in governance to the point that our people can no longer condone such a regime even for a single day, if they can help it;
That the impeachment of the Governor and his Deputy leading to the conduct of general elections in the state within the constitutionally specified period of three months represents the best solution to the political and governmental crises bedeviling the state since the coming of the administration into office;
That the current initiative and action of the State Legislature on this issue represent the position and wishes of the overwhelming majority and generality of the people of the state;
That the entire members of the PDP in the state, including the Executive Committee Members of its organs, Members of its Board of Trustees, Members of its National Executive Committee, its Stakeholders and Elders have condemned these acts of gross misconduct on the part of the Governor and his Deputy and hence endorse the impeachment initiative and action of the State Legislature;
That Members of the House of Assembly are hereby commended for this bold initiative and encouraged to continue the impeachment process to its logical conclusion to serve as a lesson and deterrent to the executive;
That this represents the position of the PDP in the state, and all PDP members in the House of Assembly are called upon to seriously take note of this position, be guided by it and remain steadfast on it;
That while the party in the state solidly stands by and supports the legislature, the meeting also calls upon all people of good standing in the state and beyond to likewise support our law makers;
That while calling on the Judiciary to remain neutral and impartial in this matter and allow the due process of our constitutional provisions take its full course without hindrance, it should also be noted that the impunity of the state executive has also affected the state Judiciary itself;
That this impeachment issue is an internal affairs of Adamawa state and calls upon all non-indigenes of the state to refrain from meddling in what is solely an Adamawa state matter;
That the EFCC, ICPC and any other body investigating financial frauds committed against Adamawa State by members of the state government to kindly make their preliminary findings public so as to help members of the public to both appreciate the magnitude of the frauds involved and possibly help the investigating bodies with more useful information that they may currently not possess; and
That we remain committed to the democratic principles of constitutionalism, rule of law, transparency, accountability and honesty in governance.
This Communiqué is approved and signed by the following:-
Absent with apology:
Members of Communiqué Committee
Signed:
Dr. Umar Ardo

Why Atiku Register the PDM as a Political Party