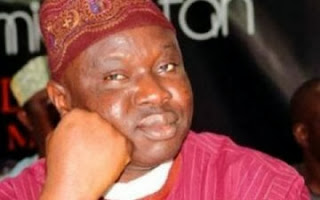 The Economic and Financial Crimes Commission on Thursday told a Federal High Court, Lagos that there were 57 illegal cash transactions involved in the money laundering charges it preferred against the Speaker, Lagos State House of Assembly, Mr. Adeyemi Ikuforiji, and his aide, Mr. Oyebode Atoyebi.
At the commencement of the trial on Thursday, the first prosecution witness, Mr. Adeniyi Adebayo, who is an EFCC investigator, said the cash transactions were above the threshold prescribed by the Money Laundering Act.
Both Ikuforiji and Atoyebi are being prosecuted by the EFCC for 54 counts of allegedly receiving over N600m from the Lagos State House of Assembly without passing through a financial institution between April 2010 and July 2011.
The EFCC said the alleged offence contravened Section 18 (a) of the Money Laundering (Prohibition) Act 2011.
Adebayo, who was led in evidence by EFCC counsel, Chief Godwin Obla (SAN), said the anti-graft agency in June 2011 received a petition which “was a complaint of siphoning of public funds against the first accused person (Ikuforiji).”
The witness, upon being asked by Obla, told the court, presided over by Justice Ibrahim Buba, that investigation conducted by his team, revealed that “57 cash transactions” were involved in the charges.
He said, “We received documents from the Lagos State House of Assembly – Cash Release Registers. On analysing the documents, we discovered that various amounts of money were released to the second accused person (Atoyebi) on behalf of the first accused person (Ikuforiji).
“On further analysis of these documents, we also discovered that the cash releases were above the stated threshold in the Money Laundering Act.”
He said Atoyebi received the cash payments on all the 57 occassions on behalf of the Speaker.
He said when confronted with the allegation, the Speaker, Atoyebi and other concerned members and personnel of the House of Assembly admitted in their various statements to the EFCC that the cash transactions actually took place.
Upon an instruction from Obla, Atoyebi read a portion of a statement dated October 28, 2011 credited to Ikuforiji, who was quoted to have confirmed that Atoyebi “properly delivered” the money to him.
The matter was adjourned till December 2.
Punch Newspapers

Imposition of Candidates and 2019