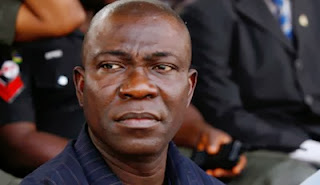 Buhari to Saraki, Dogara: Our relationship wasn’t the best