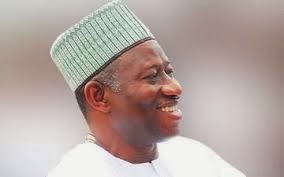 GEJ supporters in northern Nigeria are campaigning for him based on the principle that:
If Jonathan is supported for a second term, it would be an opportunity for the country to restart the disrupted power rotation between the north and south. And, it would be in north’s favour- as power should, with no trouble, shift to the north after Jonathan’s second term.
Jonathan’s second term would be an opportunity for the north to have enough time to present to the country its best candidates.
After Jonathan’s second term, no other part of the country can accuse the north of being part of the obstacles that denied it the opportunity to taste power to its fullest.
Jonathan’s second term would be an important milestone in that long process of completing the ‘equation of power’. This is because every part of Nigeria would also see, and experience the pain and ‘joy’ of having one of ‘their own’ in power’
Jonathan’s second term ambition would also be an opportunity for the north to present him its development demands, which should include speedy and feasible policies that will break the poverty cycle in the north through economically empowering the poor, massive development initiatives targeted at assets like the Lake Chad, Sokoto Basin and Benue Valley Oil Exploration projects, and the Mambilla plateau hydro-electricity project.
Jonathan’s supporters outside the north always use a strong point against northern politicians. They claim the northern politicians have distracted Jonathan’s first term with politics. So, giving Jonathan support for a second term would be an opportunity to give him some breathing space to see his performance, and if he fails, it can be perfectly used against him and his supporters.
There is a historical alliance between the north and the south-south; a genuine support to Jonathan by the northern political elites would rekindle that historic political alliance and completely shut up those who rely on the present misunderstanding for selfish gains.
GEJ supporters always have this emotional point: Jonathan came to power just by destiny. The north should use today in the spirit of tomorrow, because nobody can tell what tomorrow would bring– a northerner may one day find himself in Jonathan’s situation.
This is my understanding of GEJ’s Supporters points- Zayyad I. Muhammad