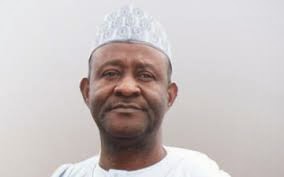 Governor Bala Ngilari’s recent behaviour like a third-rate politician who knows neither where he comes from nor where he is going politically has taken many pundits by surprise. Ever since he realised he will not clinch the Adamawa state PDP Governorship ticket, he has become ‘like a bull in a china shop’. Though, his toddler-politician-like approach to governance and party politics had made many observers doubt his chances of winning the primaries. Since taking over office over two months ago, he has failed to choose a deputy and has not appointed commissioners or even special advisers. Ngilari does not enjoy rapport with the Adamawa State House of Assembly. He has failed to do the vital mobilization of the critical PDP stakeholders throughout the state; he lacks robust and dependable political structures, nor the capacity to get votes for the PDP at this crucial time. More disappointing is that Governor Ngilari picked PDP governorship intent form by proxy- a major pointer to his political unpreparedness and poor political judgment.
In what turned out to be a big political flaw, Governor Ngilari took hostage the Adamawa PDP State House of Assembly primaries committee, prompting the latter to petition the PDP national chairman, Dr Adamu Mu’azu. Governor Ngilari’s’ action compelled the PDP National Working Committee (NWC) to move the Adamawa state PDP primaries to Abuja, where it was conducted peacefully between December 7 to 9, 2014. Many pointed out that moving all Adamawa PDP primaries to Abuja was a good and sound decision as no one will be taken “hostage” or “arm-twisted” to announce doctored results or use unapproved lists of delegates.
It is glaring that the PDP NWC took extreme measures in response to the dangerous and uncivilized action by Governor Bala Ngilari; the suspended Adamawa PDP Chairman, Chief Joel Madaki and Secretary Barrister A.T. Shehu, who did not only challenge the powers of the PDP NWC but also abused their respective exalted offices. Other salient factors further justified the PDP NWC decision. Apart from security reasons, it aimed to reaffirm the maturity and respect of the ‘PDP’ brand. And if the action of Governor Ngilari, the suspended state PDP Joel Madaki and their group was not checked, it will send wrong signals to other PDP states’ branches.
In Nigeria, the season of primaries and general elections is always associated with healthy political disagreements, horse-trading and intense political maneuvers, but Governor Ngilari and his co-travelers were opposed to the PDP NWC decision to move the primaries to Abuja, based on selfish and primordial reasons. Regrettably, Governor Ngilari & his co-travelers have allowed their hearts instead of their heads to think for them. They are desperate to retain their offices at whatever cost to the PDP and Adamawa people.
They failed to respect and learn history. The governor and the present Adamawa PDP executives are the biggest beneficiaries of healthy political interventions by the PDP NWC- former Acting governor Ahmadu Umaru Fintiri was persuaded to obey the court order that installed Ngilari as Governor, same PDP NWC paved the way for Joel Madaki’s executive to assume power, when the former executive refused to follow laid down guidelines and loyalty to the party.
After all, we all know this is the time to salvage Adamawa state, not time for motor-park politics of swimming and drowning with everybody. Those who truly love Adamawa are already throwing their support behind Nuhu Ribadu- former acting governor Ahmadu Umaru Fintiri, all members of Adamawa state house of assembly, Senator Jonathan Silas Zwingina, Ali Gulak, Dr. Idi Hong, Professor Iya Abubakar, and Mohammed Sadiq Kalu- Walin Ganye, including most of the respected stakeholders have shown exemplary behaviour. The Peoples’ Democratic Party (PDP) means business and committed to presenting to the Adamawa people a candidate that will appeal to all segments of the society politically and economical; a candidate that can earn the party, the nation as well as the troubled northeast, ‘clean face’ in the international community. Instead of Ngilari to lend his hands to the PDP efforts, he keeps shooting himself in foot.
Zayyad I. Muhammad writes from Jimeta, Adamawa State, zaymohd@yahoo.com, 08036070980. He blogs at www.zayyaddp.blogspot.com

Opposition within APC: What Buhari Should Do