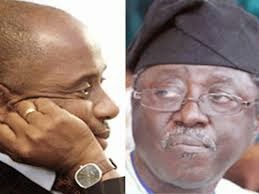 There is no doubt that all governors of the 36 states of the federation are united in opposition to granting full autonomy to the local government areas. The local government system in Nigeria is not working because of governors overwhelming control of the third tier of government through the operation of the unpopular joint accounts, in addition to massive corruption and political patronage prevalent in the system.
The founders of the Nigerian local government system and the crafters of the Nigerian constitution envisaged a local government system that will bring development along the local people’s culture and expectations. But sadly, the system is today a true reflection of the decay in the Nigeria state.
The National Assembly amendment to Section 7 of the constitution of the Federal Republic of Nigeria 1999 is a welcome development; it will strengthen and clearly delineated the powers and responsibility of the local government.
Imagine the local councils performing some of their functions as stated in the Nigerian constitution, for example: construction and maintenance of roads, streets, street lightings, drains and other public highways, parks, gardens, open spaces, or such public facilities; provision and maintenance of public conveniences, sewage and refuse disposal; establishment, maintenance and regulation of slaughter houses, slaughter slabs, markets and motor parks; assessment of privately owned houses or tenements for the purpose of levying such rates as may be prescribed by the House of Assembly of a state, collection of rates, radio and television licenses, establishment and maintenance of cemeteries, burial grounds and homes for the destitute or infirm, naming of roads and streets and numbering of houses; registration of all births, deaths and marriages; control and regulation of out-door advertising and hoarding, movement and keeping of pets of all description, shops and kiosks, restaurants, bakeries and other places for sale of food to the public, laundries, and licensing, regulation and control of the sale of liquor. Regrettably, most state governments have systematically taken over some of these functions, especially as it relates to tax collection. For instance, the power to control and regulate out-door advertising and hoarding and other tax sources which are under the prerogative of local governments have been cleverly usurped by most states government, who make huge revenues from it.
The operation of the joint account between states and local government councils is the major factor that is contributing to the inefficiency of the local government system- Instead of serving as channels through which development and government’s policies impact on the local people, as well as serve as a political training centre to afford future leaders opportunity to learn the art of good governance, governors have transformed the local councils into breeding ground for bad leaders.
The amendment to section 7 of the 1999 constitution will reinvigorate the local government system and eliminate the operation of the joint account. The elimination of the joint accounts will bring relief to the councils and enhance their capacity, as well as reduce the burden of public expectation on governors. It will also make local councils to be responsive to their constitutional duties. Due to the operation of joint account, most local councils in Nigeria are only able to pay salaries. And when they are able to, what is left is always too small to spend on development and it ends up in officials’ personal pockets. Though, the idea behind the joint account was to eliminate corruption in the local governments, it has eventually turned out to be the worst thing that has ever happened to the local government system.
When the local councils get full autonomy, the general public should pay more attention to the operations of the local government. People should also be more involved in who occupies executive and legislative positions in the local councils. More public attention should be geared toward, not only investigating where public funds are spent, but assessing whether projects or programmes executed benefit local people. That is, if projects are relevant to a community or is executed in order to enrich someone’s pocket?
If the amendment secures majority support of 24 of the 36 states assembly and Mr. President’s Assent, monies meant for local governments should directly go to them. However, each council should be accountable for every kobo spent. The local councils are very important agents for economic development. This is because, 26% of national revenue goes to them, and being a well-defined entity, i.e. each has a ward with a councilor; the needs of communities within a ward are easily identified.
With full autonomy for LGAs, responsible people would vie for local councils positions; states government especially Governors and State Houses of Assembly unnecessary tight grip on the councils will go; however, the public, NGO’s and activists should equally start paying attention to the local council’s activities
Zayyad I. Muhammad writes from Jimeta, Adamawa State, zaymohd@yahoo.com, 08036070980.

Imposition of Candidates and 2019

How Nyako Was Impeached