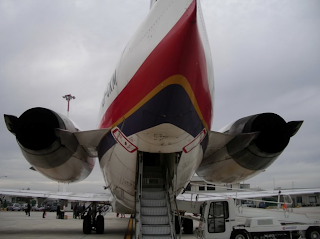 By George Hobica of Airfarewatchdog
The World’s airlines are buying lots of new shiny planes of all sizes and types, and that’s good news for travellers, giving them some sense of justice now that airfares are going up and airlines are raking in profits. Even so, the skies are full of old clunkers DC-9s, 717s, early versions of the 757 and 767 and 737, to name a few.
The venerable 757, no longer produced, debuted in 1981, which means that there are some examples plying the airways that could be 26 years old. So how do you tell an aircraft’s age?
One method is to note the plane’s registration number (also known as the “Nnumber” for U.S.-registered planes or the “tail number,” so called because it is usually displayed on the tail end of the fuselage) and look it up at planespotters.net (click on the airline’s link and scroll down).
Granted, it might be difficult to see the registration number from the gate unless the plane is parked at such an angle that the number is visible, or unless you’re boarding or de-planing using stairs (as you do at some smaller airports). You can also ask a gate agent or the pilots for the registration number, although there have been reports of ill-defined security concerns when passengers request this information.
. 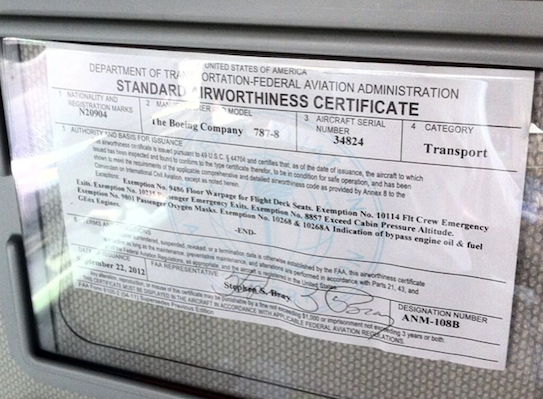 I’ve also read that the registration number is sometimes displayed on placards inside the plane, either in the cockpit or near the doors or jump seats.
If you’re flying on United Airlines, you can figure out the N-number by checking the flight status and noting the four-digit “aircraft number” and then finding the corresponding “fleet number” on Planespotters. A few other airlines have similar workarounds.
If you prefer something less airline-geeky and quantitative, here are some visual ways to tell if the plane your’e flying on is no spring chicken.
The flight attendant call button icon is wearing a skirt or it’s labelled “stewardess.”
.

There’s an ashtray in the lav on or the seat’s armrest.
There’s a razor blade disposal slot in the lav.
There are video monitors hanging down from the ceiling.
There’s a no smoking sign above the seats rather than a turn off electronics symbol.
The in-seat power outlets are DC instead of 110-Volt (granted, some newer aircraft have no in-seat power ports at all).
There’s a stairway to the outside in the tail.
. 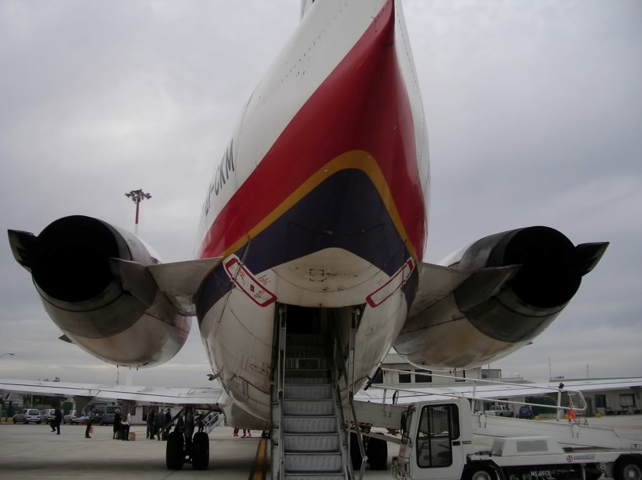 There are three engines instead of two or four.
The company that made it no longer makes the plane.
The company that made it no longer exists.
The economy class seat padding is more like a La-Z-Boy than a church pew.
There’s a landing gear over the tail instead of at the front (a DC-3).
There’s no landing gear. But you’d be flying in a Pan Am Flying Boat. And you’d be time travelling.
. 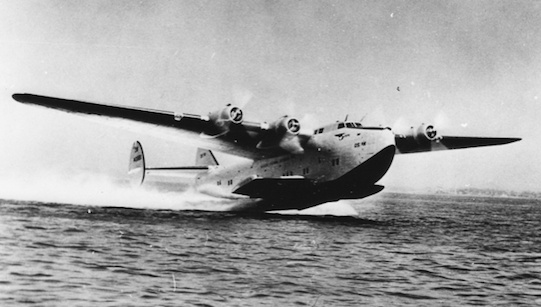