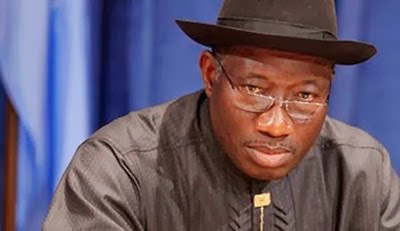 • Charges Waziri to swiftly change TCN’s fortunes
• Threatens to reverse sale of non-performing Discos, Gencos
President Goodluck Jonathan has issued an explicit ultimatum to managers of Nigeria’s electricity sector, especially the Ministry of Power to as a matter of urgency ensure that the electricity generated is effectively transmitted and distributed across Nigeria within the next six months.
Currently, Nigeria has a total installed generation capacity of 6,976.40 megawatts (MW) with expectations of upward expansion from the National Integrated Power Projects (NIPPs).
However, the country often transmits less than 4,000MW, leaving most consumers in towns and cities nationwide in darkness for long hours.
The Minister of Power, Prof. Chinedu Nebo, who yesterday in Abuja spoke on the president’s latest directive to stakeholders in the power sector, stated that the president had asked that results of government’s reforms in the power sector must become palpable to Nigerians across the country by June this year.
Nebo relayed Jonathan’s directive when he formally inaugurated the new Chairman of the Supervisory Board of the Transmission Company of Nigeria (TCN), Mr. Ibrahim Waziri, who takes over from the company’s erstwhile chairman, Hamman Tukur.
Tukur was said to have voluntarily resigned his position as the chairman, thus paving the way for Waziri’s appointment.
Waziri, by his reported know-how in top management positions of key economic sectors, has been asked by the government to swiftly turn around the fortunes of TCN starting with the execution of key projects to reduce technical and non-technical losses from the transmission grid.
While speaking on the six months target given by the president, Nebo said: “Let me restate that the nexus between availability of power and the socio-economic development of our great nation cannot be over-emphasised.
“The resolution of the problem of inadequate power supply to our people has continued to receive the full attention and support of President Goodluck Jonathan.
“While we celebrate the unprecedented success so far recorded in the reform of the power sector, the yardstick by which consumers measure us is the availability of electricity at the last mile to our homes and businesses.
“I wish therefore to charge all the principal players here today to be committed to ensuring that power supply to our customers is significantly and visibly improved by June this year as already directed by Mr. President.
“Much is expected of us all and the entire nation is waiting for us. The significant investment of the federal government in both material and human resources must translate into improved service delivery during the year.
“Government will no longer tolerate any excuse of non-performance from any of the sector players from both the ministry particularly and our new private sector partners.”
On the new owners of the legacy assets, the minister told them that the ministry and other agencies of government would not hesitate to invoke all relevant clauses in the agreement divesting ownership of the Gencos and Discos to new investors.
“Nigerians must, I repeat, must enjoy the dividends of the reform programme and no one will be allowed to frustrate this vision of Mr. President. We are not going to accept projects to ‘chop money’ or ‘share money’. We are in a paradigm shift now and it is no longer going to be business as usual, but business unusual.
“The process is such that we must only do projects that will add value to our reforms and not white elephant projects,” Nebo charged Waziri to ensure that TCN delivers on its roles in the Nigerian Electricity Supply Industry (NESI).
“To the new chairman and board of TCN, I specifically wish to draw your attention to the critical role of the national grid in a deregulated electricity industry.
“The risk of non-performance by TCN affects not only existing IPPs (Independent Power Plants) and Discos, but also nullifies all our efforts towards creating a conducive investment climate for the sector.
“You must therefore drive the management towards creating a national grid capable of reliably and efficiently evacuating all generated power nationwide.
“The board is also expected to ensure that only prudent investments in transmission lines and substations are approved for implementation. This is no time for projects with only fringe benefits to the national economy,” he said.
Meanwhile, THISDAY was told by a top government source that Tukur, whose tenure was reported to have been enmeshed in controversy, had decided to throw in the towel because he was alleged to have lacked the capacity to deliver on his responsibilities.
The source also hinted that Tukur allegedly failed to infuse the spirit of camaraderie into the board, adding that this was needed to supervise the operations of Manitoba Hydro International (MHI) in managing TCN.
He was also said to have refused to report to the power minister when he was appointed and had made it clear that he was only answerable to Vice-President Namadi Sambo.
“I must tell you without mincing words that the change is what is required at this point because government, which had prior intelligence reports on the activities at TCN, decided to do the needful.
“It was stated that he (Tukur) voluntarily resigned but I can also tell you that he discovered that he lacked the capacity to do the job.
“He couldn’t keep his team together and that was critical to achieving the key deliverables that were set for Manitoba. At this point, we are not even sure that the expected knowledge transfer from Manitoba to indigenous staff of TCN has started to occur, so he couldn’t coordinate his team and had no knowledge of what was expected of him especially in dealing with the private sector,” the source disclosed.
culled thisdaylive.com

Shi’ites: If we have weapons, Nigerian army can’t face us