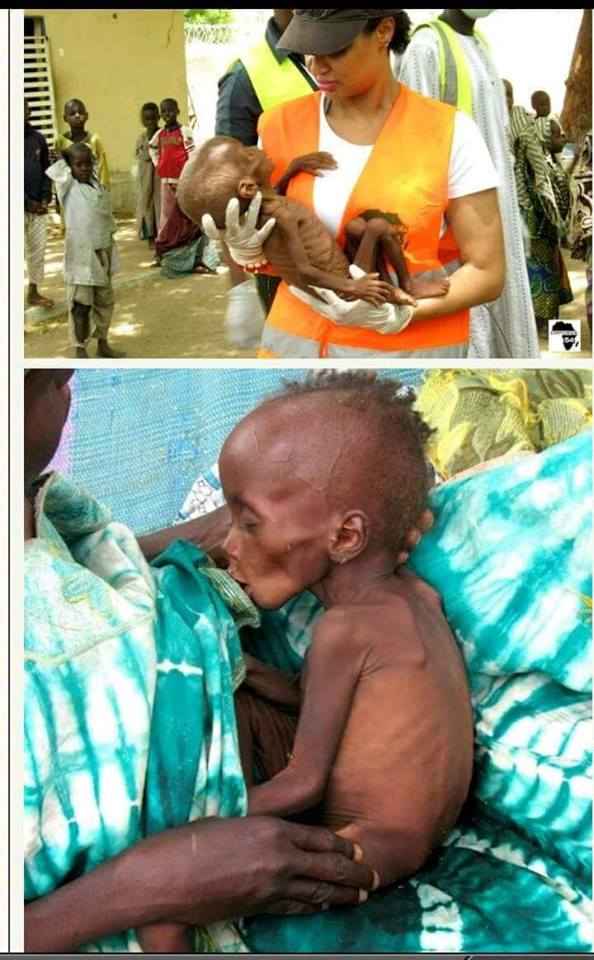 Heartless people are stealing food items from the weak and vulnerable Internally Displaces Persons (IDPs) living with trauma of war in camps and camp-likes in Borno, Yobe and Adamawa states. President Muhammadu Buhari should, with full presidential might deal with individuals and organizations that are culpable of this inhumanity. Considering the fact that there are international aids agencies contributing to the funding of the supplies, it is a smear in the face of our nation and takes the level of corruption in the country to a new shameful height.

Despite President Buhari’s genuine concern and efforts to cater for the IDPs, the conditions of Internally Displaces Persons (IDPs) in various camps and camp-likes in the northeastern states of Borno, Yobe and Adamawa are not acceptable. These camps suffer from shortages of food- due to the alleged stealing of foods item by camp officials; unwanted pregnancies due to the taking advantage of helpless women and unhealthy conditions and inadequate health services.
A national daily of June 25, 2016 reported that ‘The Borno State government has introduced self cooking system for families in the camps after a committee it set up to tackle series of complaints bordering on corruption in the centralized feeding system failed to find a solution’. The report also indicated that ‘the Chairman of the State Emergency Management Agency, (SEMA), Engineer Ahmed Alhaji Satomi said the World Food Programme, (WFP), has even threatened that it will not contribute to the feeding of IDPs in the state until the central cooking system was discontinued and the self-cooking system where families will be cooking for themselves is introduced’.
The introduction of self-cooking is a good idea, but safety issues are of great concern because of the nature of the IDPs camps. Though, UNHCR Nigeria, Region Refugees Response Plan (RRRP January-December 2016) encourages self-reliance.
The government should also experiment a decentralized system of cooking for the IDPs, where contractors will be given the job of cooking for a certain number of people. For instance, if there are 5,000 IDPs in a camp. 10 0r 20 contractors can be engaged to cook for 500 or 250 people. However, the contractors should not be just ‘contractors’ (politicians or family and friends of those in authority) but well-established canteen or the popular Nigerian ‘mamaput’ operators. In each of these states of Borno, Yobe and Adamawa with large IDPs, there are known women who are running successful local food cafeterias. These women can be organized and employed to serve as handlers of the cooking for certain number of IDPs in a camp. Furthermore, Kaduna and Osun states are running successful school feeding programmes. Their models can be copied.
The individuals from both federal and states government agencies currently handling the funding, supply and cooking of foods for the IDPs should be replaced- this measure will give IDPs the assurance that something new is being put in place. There is a need for refined systems, which separate those handling fund, those handling the food, cooking as well as those monitoring the feeding system.
The corruption in the IDPs camps has brought to the fore the need for the consolidation and hastening of the activities of various committees and agencies for quick rehabilitation and return of IDPs to their homes.
The majority of the people in the northeast have confidence in President Buhari’s political will to completely win the war against Boko Haram, and they are very happy with the level of successes recorded by the military so far. The people of the northeast are experiencing the difference between the sloppy handling of the war and the doggedness and commitment being shown by the Buhari government. But corruption by officials in the camps might set the IDPs in the northeast against President Muhammadu Buhari.
Zayyad I. Muhammad, Jimeta, Adamawa State, zaymohd@yahoo.com, 08036070980