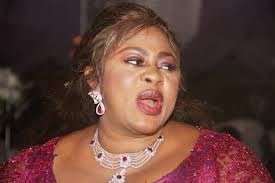 President Goodluck Jonathan today set up a three-member administrative panel to commence a full blown investigation into transactions involving the purchase of two BMW bullet proof cars at the cost of N225 million by the Nigerian Civil Aviation Authority (NCAA).

Special Adviser too the president on media and publicity, Dr. Reuben Abati who disclosed this to State House Correspondents immediately after the Federal Executive Council (FEC) meeting in Aso Rock presidential villa said the three member committee which is chaired by former head of service, Alhaji Isa Sale has two weeks to submit its report to him.

Other members of the committee include the National Security Adviser (NSA), Col. Sambo Dasuki (rtd) and Air Vice Marshal Dick Iruenaberi (rtd). The NSA’s office is to act as secretariat for the panel.

Abati noted that President Jonathan directed that no stone should be left unturned in the probe of the controversial purchase of the armoured vehicles.