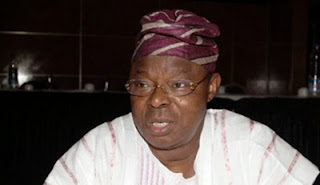 The Chief Judge of the Federal High Court, Justice Ibrahim Auta, has re-assigned the case filed by a businessman, Oba Otudeko, against Africa’s richest man, Aliko Dangote.
Both men are enmeshed in a fierce battle over 10.841 square metres of land within the Lagos Ports Complex known as the fifth Apapa Wharf Extension and Otudeko is seeking $48 million damages from Dangote.
The case was initially handled by Justice Ramat Mohammed but was later transferred to Justice Okechukwu Okeke following Mohammed’s transfer out of Lagos.
However, Justice Auta has re-assigned the matter to Justice Okon Abang. The latest development was occasioned by Okeke’s retirement last year.
The matter is to start de-novo (afresh) before Abang on January 21.
The case, which was instituted in 2006, clearly shows how long and frustrating it takes to get justice in Nigeria, having been moving from one judge to the other for the past eight years.
While Otudeko, through his company, Honeywell Group Limited, is urging the court to adjudge him as the valid owner of the land by virtue of a lease agreement between his company and the Nigerian Ports Authority (NPA), Dangote is insisting that the agreement was neither turned into a deed nor was it registered in any Lands Registry.
Honeywell Group had, in the suit with reference number FHC/L/CS/329/06, listed NPA, Bureau of Public Enterprises (PBE), Dangote Industries Limited, Aliko Dangote and Greenview Development Nigeria Limited as co-defendants in the suit.
In the statement of claim, Honeywell Group stated that by an agreement, NPA leased the land to it for five years to set up a bulk food handling facility for a consideration of N2.168 million per annum, adding that in keeping with the agreement, it paid the amount and also paid N290, 000 for the survey of the land.
The plaintiff (Honeywell Group) noted that it took possession of the land to the knowledge of the defendants and began the required technical investigations and expenditures necessary for the setting up of the bulk food handling facility, which was to cost about $100 million.
The plaintiff added that despite being aware of its massive development plans on the land, the BPE suddenly suspended the pre-existing rights by concessioning NPA’s Apapa Ports Complex, including the Fifth Apapa Wharf Extension to Greenview Development Limited, a company related to Dangote.
Honeywell Group added that NPA and BPE latter asked it to vacate the facility to ensure smooth transfer to new operator and accused Dangote and his company of procuring and inducing the NPA to break the initial agreements and legal relations.
The plaintiff alleged that Dangote, through his agents, harassed, threatened and ordered its officials to vacate the land.
Besides, the plaintiff argued that BPE lacked the power under its so-called port reforms to take over and alienate NPA’s assets when the NPA Act has neither been amended nor did any valid resolution of the appropriate body supports such action.
By the eventual eviction from the land, the plaintiff submitted that it lost the profit it would have made and was greatly injured in its business.
It also stressed that by virtue of the action of the defendants, the cost of putting up the contemplated structure had risen from $100 million to $148 million.
The plaintiff, therefore, is urging the court to declare it as the exclusive legal occupier of the land and to restrain the defendants from treating it as stranger or trespasser on the land.
It also wants $48 million damages, being the additional expenses required to build the bulk food handling facility.
But Dangote, in his statement of defence, is arguing that that the suit was frivolous, vexatious and that it constituted an abuse of court process.
He added that the suit was aimed at truncating the approved policy of the concessionaire of seaports of the federal government and to deter the progress of work and development being carried out by Greenview Development on the land.
He argued that no presidential consent was sought nor obtained before the lease agreement was granted to Honeywell Group for the land and that as part of the privatisation and commercialisation policy of the federal government, notices were given to the general public in 2003 for the concessioning of all the Nigeria seaports/complexes by the BPE.
Under the policy, Dangote explained that all existing leases/licences of land at the seaports were affected and that fresh bids were required for their concessioning.
The defendants added that Greenview was eventually granted the concessionaire approval by the federal government of Terminal E of Apapa Ports, covering an area of 19.091 hectares, and that it was untrue that the plaintiff had ever been in occupation of the land known as the Fifth Apapa Wharf Extension.
thisdaylive.com