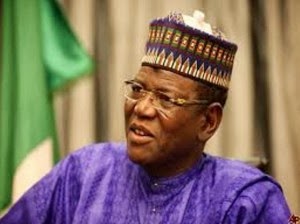 Governor Sule Lamido of Jigawa State has said that Nigeria has been plunged into serious uncertainty leading it back to the Abacha dictatorial era where religious bigotry, imperial tendencies of government and nepotism have become the order of the day.
Speaking to newsmen in Kano, the governor who spoke through the PDP, Jigawa State secretary, Alhaji Ali Gantsa, noted with dismay how Nigeria’s economic and political spectrums are being messed-up, thereby threatening the very foundation of the corporate existence of the country.
Alhaji Ali Gantsa insisted that Governor Sule Lamido refused to follow the five governors that defected in frustration to APC because the fundamental issue is not either PDP or APC but the survival of the nation, which is what Sule Lamido is after.
The secretary of the PDP hinted that the greatest trouble facing the nation is how the chairman of the ruling party, Alhaji Bamanga Tukur is now leading the party, which has affected the governance of the nation, and many of the leaders in the likes of Lamido are not happy.
He said, “We brought Bamanga Tukur thinking he is an old man, an experienced person and his knowledge in the business world would be brought to bear, but unfortunately the reverse is the case; the man is today the greatest misdeed of the Nigerian project and we are going to ensure that he is removed as the chairman of the party”.
Gantsa explained that he and Governor Sule Lamido are not in any way against the government of President Jonathan but they are against how things have been left to deteriorate specifically with Bamanga as the chairman of PDP.
He maintained that General Olusegun Obasanjo remains the saviour of Nigeria because of his excellent track records of good governance, as he did while handing over power unilaterally in 1979, 2007 and his critical stance against injustice and bad governance.
http://leadership.ng

Re: Where Are The Jobs?