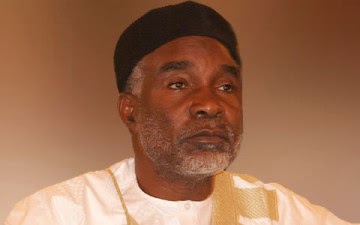 In an apparent endorsement of the position of elders from Borno and Yobe States, the Governor of Adawama State, Murtala Nyako and his Borno State counterpart, Kashim Shattima, have advised the Federal Government to review its strategy on security.
Elders from Borno and Yobe states under the aegis of Borno, Yobe People’s Forum, had at a press conference, in Abuja, urged the Federal Government, not to extend the state of emergency in the North-East due to expire on April 19.
In a telephone interview with SUNDAY PUNCH on Thursday, the Adamawa State Governor, Murtala Nyako, said extending the state of emergency would be counterproductive.
Nyako, who spoke through his Director of Press and Public Affairs, Mr. Ahmad Sajoh, said what was required was a change of strategy, not an extension of the state of emergency.
According to him, available records show that there were more deaths of innocent citizens of the state under emergency rule when compared to when it was not in place.
He explained that those perpetrating the acts of violence against the people hide under guise of emergency rule to carry out attacks, which had led to the loss of many lives and destruction of property worth billions of naira.
Sajoh said, “Our position is that we do not support the renewal of the state of emergency in the North-East in general and in Adamawa State in particular.
“It is under the state of emergency that more people were killed in our state when compared to the period when there was no state of emergency.
“It is under the guise of the state of emergency that those who have unleashed violence on our people have carried out the most daring attacks. ”
On his part, the Borno State Governor, Kashim Shettima, who also spoke through his Special Adviser on Media, Mr. Isa Gusau, said he had no desire of joining issues with the Federal Government.
He said “We believe that the Federal Government will continue to do its best to ensure the end of the insurgency and we on our part are prepared to partner with it. A review of strategy will not be out of place.”
Attempts to reach the Director of Press to the Yobe State governor, Mr. Abdullahi Bego, were unsuccessful as at the time of filing this report.
Calls to his mobile telephone did not go through neither was a text message sent to him responded to.
However, a source in the state government said extending the state of emergency not only in Yobe State but across the North-East was not desirable.
The source, who pleaded anonymity because he was not authorised to speak to the media, said, “While one cannot say the state of emergency has not achieved anything, it is advisable that government changes strategy.
“From what is on ground, it is obvious that the target of the insurgents is to destroy constitutional democracy.
“And when you have a state of emergency in place, elections, which are one of cardinal principles of democracy, are not likely to take place. And when this happens, it will serve as a psychological boost for them.”
The Northern Elders Forum has however said it would support an extension of the emergency rule, if it was the only way to end insurgency in the North-East.
Speaking to one of our correspondents on the telephone on Friday, the Deputy Chairman, NEF, Paul Unongo, said “I have not assessed the military operation, but I don’t know how it would have been without an emergency. I know that the Federal Government, during the emergency, has tackled Boko Haram head on and they have been reduced. I don’t know what could have happened without the emergency.”
Unongo, however, said the NEF would agree with people of the states, if they rejected an extension of the emergency. While he said it was the responsibility of the government to protect the lives and properties of its citizens, he warned against the call for end to the emergency.
The Secretary, Borno Elders Forum, Bulama Gubio, in a telephone interview with one of our correspondents on Friday, he said, “We hold no position. If gunmen kill all of us here, I don’t care. We are not Nigerians, you Nigerians should decide for us. You Nigerians should decide what you want for us. We are not Nigerians; Nigerians should decide for us.”
punchng.com

I am NOT a thief, says Ibori