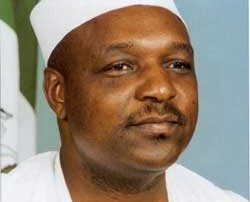 Ex-governor of Taraba State Rev. Jolly Nyame has denied allegations that he was paid to carry out an image-laundering campaign for ailing governor of the state Pharm Danbaba Danfulani Suntai.
A group known as Northern Taraba Elders Forum had, at a press conference in Jalingo on Wednesday, called on Nyame to clear himself of allegations that he was invited to Abuja and given huge sums of money by an influential personality from the state to work for the interest of a cabal around Suntai ahead of 2015.
Chairman of the forum Alhaji Bakari Bala had alleged that “Nyame’s romance with members of the cabal in recent times leaves much to be desired. We see this romance as a deliberate move to mortgage the political fortune of northern Taraba to the south. It is indeed surprising to many of us, the elders from northern Taraba, how Nyame has suddenly turned to one of the apostles or disciples of Suntai.”
The forum, which accused Nyame of being inconsistent as a leader, noted that his constant visits to Suntai at the Government House as well as moving around with him to churches and other places were “clear indications” that he “has been paid to carry out the dirty job for Suntai, same as the cabal”.
But, in a swift reaction, Rev. Nyame refuted the allegation of being sponsored to do any hatchet job or image-laundering campaign for Governor Suntai.
“ I think all the misgiving in the state from people left and right now is coming because I decided to go and commiserate with Danbaba of recent when he came back from an extended treatment abroad,” he said. “I want to make it abundantly clear that there is no doubt about it that Danbaba became a governor as a result of my contribution; as far as I am concerned, he is my political son. So, there is no way your son would be sick… whatever differences you have with your son, as far as you are a father,there is just no way you cannot go and see how he is faring.”
Nyame said his reconciliation with Governor Suntai was done on the basis of his Christian faith which emphasises the need for forgiveness and had nothing to do with being influenced with money by anybody.
“ I think some people maybe were feeding fat because of my broken relationship with Danbaba; so they want that kind of broken relationship to continue, and I want to say here that, as a practising Christian, it is just necessary for me to forgive if I want to make heaven.
“Bakari Bala is a Muslim, I’m a Christian; so he may not understand the motivation behind my going to Danbaba, because, in Christ’s teaching, he said whatever you do to the least you are doing unto me,” he said.
On the governorship race for 2015, Nyame said anybody could contest and that he alone as an individual cannot determine who becomes the governor of Taraba. As such, he said, there was no basis of anybody saying that he was sabotaging the political fortune of any zone.
culled from leadership.ng