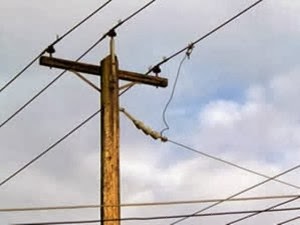 Trouble is again brewing at the newly resuscitated Rural Electrification Agency (REA) as its managing director, Mr Kenneth Achugbu, has been suspended with immediate effect by the supervisory board which appointed Mr Mohammed Abubakar Wasaram, the most senior director of the agency, as the acting managing director.
Achugbu’s suspension was decided by a seven-to- two votes by the nine members of the Board under the chairmanship of Senator Jonathan Zwingina at a meeting held at the REA headquarters in Abuja yesterday.
The REA was revived in 2012 after being scrapped for two years by the former administration over allegations of corruption and mismanagement of funds meant to extend electricity to rural areas.
Addressing journalists shortly after the meeting, Zwingina disclosed that the Board decided to suspend the former MD because of poor projects execution and failure to implement the agency’s budget between 2012 and 2013.
He said, “The managing director of the agency, Mr Kenneth Achugbu, is hereby suspended from his duties with effect from January 21, 2014, and his case shall be referred to the minister of power for further necessary action.”
But when contacted, Achugbu told LEADERSHIP that the Board has no right to suspend him, adding that their action was motivated by selfish interest aimed at embarrassing him.
He alleged that the delay in the budget implementation was caused by the board which wanted to hijack the agency by pressuring him to pay money for projects not done, a situation that prompted him to petition the Bureau of Public Enterprise (BPE), adding that before the issue was resolved, the year was almost over.
“The Board does not have the right to suspend me; they are suspending me because of their interest. Something will be done about it once the minister of power comes back. I have called the ministry’s permanent secretary,” Achugbu told LEADERSHIP.
According to Zwingina, the N3 billion earmarked for new projects in 2013 was not utilised and therefore mopped up at the year ending for inability to execute projects with the funds. Similarly, he said of the N7 billion released in 2013, “the management of the agency was again unable to utilise the funds. Indeed, over N4 billion was mopped up by the end of December 2013,” he said.
leadershipng.com

If Nyako is Impeached…

How PDP Delegates May Vote