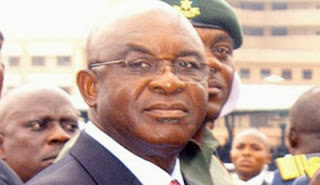 If ongoing efforts by Senate President David Mark to halt the planned defection of senators from the Peoples Democratic Party (PDP) to the All Progressives Congress (APC) fail, the PDP stands the chance of losing its majority status in the Senate and could lead to a leadership change in the upper chamber of the National Assembly, THISDAY learnt yesterday.
Senators, who did not want to be named, told THISDAY yesterday that the Senate President had been meeting affected senators and making promises to them with a view to forestalling their defection.
He, however, did not mention the nature of those promises but THISDAY learnt that a major part of the promises might not be unconnected with automatic return tickets to the Senate in 2015.
The source said the meetings with the senators threatening to jump ship are aimed at preventing the APC from securing the majority in the Senate.
One senator, who said the defection would shock the leadership of both the party and the Senate when it eventually takes place, disclosed that Mark and the presidency have concentrated efforts only on those they know are warming up to leave the party, but unknown to them, there are other senators who have remained under the radar, but are prepared to dump the PDP for APC.
According to him, what Mark is currently doing is what “reasonable” party leaders should have done since the crisis broke out in the party last August, but dismissed the effort as medicine after death.
“What the Senate President is doing now is what reasonable leaders should have done in the beginning but instead, they said anybody who wanted to go should go.
“A good leader ought to listen to people and accommodate them. But they said ‘ignore them.’ I remember that Mark intervened at the time,” he said.
However, he said the reason aggrieved senators might be unwilling to yield to Mark’s plea to stay back in PDP stemmed from the lingering doubts that the party’s leadership might not keep the promises being made to them through the Senate President should they decide to jettison their defection plan.
“The question that senators are now asking is what is the guarantee that the promises being made by the Senate President now will be respected by the party? That is why it will be difficult to stop people from going.
“They are trying to stop us from going so that PDP will not lose its majority status in the Senate. But the problem is they only know those who have been identified as wanting to go but they don’t know that there are lots of others that are unidentifiable,” he said.
Corroborating the senator, another source who attended the meeting of the leadership of APC in the Kano Governor’s Lodge in Asokoro, Abuja, with 10 PDP senators on December 17, 2013 on the planned defection, said the target of APC is to get 15 senators to spearhead the first phase of the defection plan.
He explained that once the 15 senators take the bull by the horn, the coast would be clear for others to follow.
The Asokoro meeting, which had the defection plan as its main agenda, was attended by leaders of the APC comprising former Lagos State Governor, Senator Bola Tinubu; the party’s interim National Chairman, Chief Bisi Akande; the Rivers and Kano State Governors, Chibuike Amaechi and Rabiu Kwankwaso; and former acting Chairman of the PDP, Alhaji Abubakar Baraje.
PDP senators who attended the meeting were Bukola Saraki (Kwara Central), Abdullahi Adamu (Nasarawa West), Magnus Abe (River South-east), Wilson Ake (Rivers West) and Shaba Lafiagi (Kwara North).
Also present at the meeting were Danjuma Goje (Gombe Central), Aisha Alhassan (Taraba North), Ali Ndume (Borno South), Umaru Dahiru (Sokoto South) and Ahmad Maccido (Sokoto North).
The source added that Ibrahim Gobir (Sokoto East) and Ahmed Zannah (Borno Central) would have been in attendance but travelled out of Abuja at the time.
While PDP currently has 73 senators in the Senate, APC has 33, Labour Party (LP) has two, while the All Progressives Grand Alliance (APGA) has one.
The source insisted that the PDP caucus in the Senate would automatically lose its majority status if 22 senators as speculated earlier, eventually defect to APC, as the opposition party will then have 55 members in its caucus while the PDP caucus will drop to 51.
He said with the change in the numeric strengths of the two major parties in the Senate, this would automatically affect the leadership structure in the Senate when the chips are down.
According to him, it is the possibility of a change in the status quo in the Senate that has caused the panic among the chamber’s leadership, the presidency as well as PDP.
However THISDAY also gathered that APC might be counting its chickens before they are hatched as five of the 22 senators have declared that they would not be part of the defection plan.
They are Simeon Ajibola (Kwara South), Abdulaziz Usman (Jigawa North-east), Danladi Sankara (Jigawa North-west), and Abdulmumuni Hassan (Jigawa South-west).
Maccido once told THISDAY during a telephone conversation that he was not ready to defect but attended the Asokoro meeting last December.
culled from thisdaylive.com

Boko Haram War: Between Buhari, Goodluck and the Northeast

Governor Wike and the Unity of Nigeria