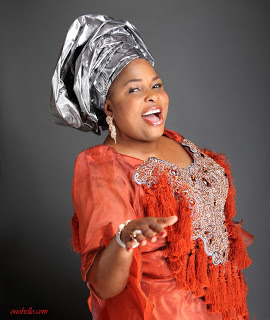 By Salisu Suleiman.
The ability to forget is one of the most important, if least acknowledged gifts of man. It is because we are able to forget things that we can go one with life, putting aside memories of lost ones as well as painful recollections of events that would otherwise make the very act of staying alive a struggle, and life, a running agony.
But while the ability to forget has its benefits, not many people learn lessons from life’s experiences. Some – either because they are essentially dense or deliberately obtuse – choose to dare fate. How else can one explain the actions of the president’s wife, Mrs. Patience Jonathan who thought it fit to close Nigeria’s capital down for an entire day, in what basically amounts to a brazen continuation of the campaign for her husband’s reelection?
For someone, who by her account, only just managed to come back from the dead after multiple surgeries and relapses, it seems that Mrs. Jonathan has not learned any lesson from that experience. Or it may be that the gift of forgetfulness has obfuscated her reasoning faculties. For anyone who had anything meaningful to do (like reporting to work to earn legitimate livelihoods) in Abuja, last Thursday was a commuter’s hell. The impunity with which major roads were closed off is a pointer to what Mrs. Jonathan would do if she were to remain in the villa beyond 2015.
As it were, many observers would say Mrs. Jonathan never really stopped campaigning after 2011, but has only changed styles. About two years ago, her attempt to share bags of rice in Abuja ended in fiasco when about 20 Nigerians were trampled to death in the mad struggle that ensured. She has been on a ‘thank you’ tour since the last election, distributing food items, clothing and cash at every stop. Her message: There is more where this came from. Reports suggest that each of the 30,000 women that participated in the Abuja jamboree with a mint-fresh bundle of N100, 000.
If Nigeria were a different country, we might ask where and how Mrs. Jonathan gets the huge funds to oil her ‘generosity’. Did the first lady win a jackpot, or is the jackpot personified in President Jonathan? Did she get an oil license or is she, like her husband, a ‘godmother’ of the oil thieves in the Niger Delta? But those questions would be incredibly naïve, considering that the President’s septuagenarian mother, who could not buy shoes for her children only just recently, donated a multimillion naira hostel to the Federal University, Otuoke.
Whatever the sources of the funds that the president’s wife is using for her nationwide political inducement and from which his mother built and donated a hostel to the university, the conspiracy of silence in the media, civil society and even some opposition parties would only lend moral authority to this mentality of ‘it is my time, and there is nothing you can do about it’.
The first lady might also mistake the silence for a mark of approval and take even more blatant liberties with public funds. Perhaps, with this level of extra-budgetary, or is it unbudgeted expenses, it should not be surprising that President Jonathan’s government has consistently failed to implement budgets even with unprecedented borrowings.
If Mrs. Jonathan could stop and reason for a while, she would reflect on the examples of other equally domineering wives of presidents and how they ended. Perhaps, even the president would learn a thing or two from former president Ferdinand Marcos of the Philippines. His wife, Imelda was a manifestation everything a first lady shouldn’t be. Though from a deprived background, she met and married politician Ferdinand Marcos who later become the president of the Philippines.
As first lady of the Philippines for over 20 years, Imelda Marcos held several government positions in her own right, including governor of the metro Manila area and later served as a minister. (Mrs. Jonathan is now a permanent secretary). And just like Nigerians, while many Filipinos lived in poverty, Imelda Marcos became known for her lavish spending, including her famed ‘3000’ pairs of designer shoes (What it is about poverty and shoes?) In the end, Imelda and her husband fled the country, where he died. If that example is too distant, she should simply ask herself, ‘Where is Turai, today?’
Since the title of this piece was inspired by Olu Rotimi’s Our Husband Has Gone Mad Again, I might as well end it by quoting Nobel laureate Wole Soyinka, who wrote, in a thinly veiled reference to the first lady, “Unlike crude oil, which can be refined, you can extract a hippopotamus from the swamps, but you cannot take the swamp out of the hippopotamus”. This may explain the futility in attempting to counsel anyone that is so completely at home in the muddy waters of presidential politics, power and patronage in Nigeria.
culled from http://suleimansblog.blogspot.com/

A 3-Way Development for Nigeria