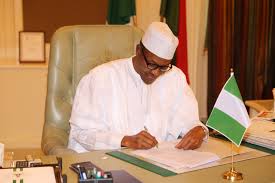 There are four groups of Nigerians keenly watching President Muhammadu Buhari’s style of governance. The first group is of Nigerians who are familiar with General’s style of doing ‘things’. This group is observing things quietly without being troubled. In fact, this group is very optimistic that the change Nigerians voted for will come with very fruitful results. The second group is of those Nigerians that passionately admire Buhari, but are worried that, after nearly eight months in power, the expected ‘fire-fire’ approach from the retired General is yet to commence. The third group is of the pessimists who are still in doubt whether things will change tremendously. The fourth is of the unconstructive antagonists- they want to see Buhari’s failure in order to justify their past very poor performance.
For first group, they need no explanation on how things would work- because they are very aware of how things will take shape. For the second and third groups, an explanation to them is needed in order to keep their minds at rest. For the fought group; they will always see things from the perspective of their hearts- they will always be unnecessarily antagonistic to the Buhari government.
For those groups of Nigerians who want change- let them be assured that the Buhari government will operate in a style that Operations Research scientists call ‘System Thinking’- a series approach to governance- where each developmental sectors are connected and will influence each other within a well-planned government. President Buhari will use this approach to achieve a realistic development within the first four years of his government.
For instance, improvement in infrastructure will be connected to human capital development, productive job creation and private sector effective participation in development. In addition, development of infrastructure like roads, railways, ports etc will be linked to generation of more revenue for the government to support other sectors of the economy.
Youth development will be connected to agriculture, solid mineral development and education- for example, government will tie its development strategy in agriculture to encourage youths to participate in agriculture, which will in turn generate more agro-based productive jobs and enhance national food security. President Buhari reiterated this at the recent convocation ceremony of the Kaduna State University, he said: “We must promote and enhance the teaching and learning of entrepreneurial skills in all schools and tertiary institutions, thereby exposing our youths to the basics and rudiments of starting and sustaining their own businesses”.
The development of the mining sector will be connected to poverty reduction and small scale industries support – those engaged in illegal and unstructured local mining will be assisted by the government to form small mining firms in order to produce sufficient quality minerals for export. This will eliminate illegal mining and create more jobs and revenue for the government.
The ‘System Thinking’ approach was responsible for President Buhari’s systematic assigning of portfolios to his ministers- the round peg in to the round hole. Equally, most of the President’s foreign trips were meant to link Nigeria’s current development needs with her international relations.
In summary, the layman’s way to understand the Buhari ‘System Thinking approach’ is that, it is designed to tackle Nigeria’s numerous problem in series – a kind of development model, whereby the country simultaneously develops her infrastructure, agricultural sector, education, small scale industries and human capital. That is, putting in place a process through which all sectors of country’s economy are transformed over a defined period, by the reinvigoration and connection of the entire sectors of the economy and placing the country in a position so that her citizens can take advantage of the vast opportunities the Nigeria’s economy offers.
Zayyad I. Muhammad writes from Jimeta, Adamawa State, zaymohd@yahoo.com, 08036070980.

Where is Adamu Mu’azu, the ‘game-changer’?

Governor Yahaya Bello and the Challenges Ahead