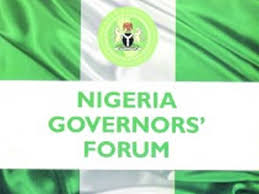 Despite the bailout fund from the federal government, many states in Nigeria still struggle to pay their workers’ salaries; some do not even pay. The dwindling federal allocation; poor innovation on internally generated revenue (IGR); bloated workforce and fraud-riddled workers’ payroll are the main reasons behind the inability of many states to promptly settle their workers’ salaries.
This is a critical situation that requires critical measures. Governors have to look at ways to generate revenue other than over-depending on the declining federal allocation. We must admit that many states do not have flourishing economic activities that are profitable and easy to tax without upsetting common people.
One trend in most states is, once IGR is mentioned, most states cast their mind to their old method of taxation – but our tax system in Nigeria has history of corruption and inefficiency, thus most Nigerians are sceptical of their states’ taxes and levies administration. States can generate new revenues and wealth through levies and taxations, but states need to move away from the ‘rocket-science’ approach to tax collection.
States should introduce a modified system of awarding ‘tax collection rights’ to investment firms. This should be modeled according to each state’s economy, culture, needs and environment – a state can enter into agreement with a firm to give government monies in advance for taxes from a certain sector, while the firm will collect the money by operating as a tax agent- the famous tax auction. For example, if it is projected that revenues from taxis, buses and lorry services in a certain local council can generate one million naira a month. An innovative investment firm will agree to give a state government, let say 800,000 naira in advance. Then the firm will collect taxes for taxis, buses and lorry services in the local council for that particular month. This type of arrangement can be implemented in many sectors of the economy of a state using what operations researchers call reductionistic approach- monthly, quarterly on yearly basis. A good investment firm will make the tax collection efficient and fair- by reaching agreement with tax payers on how to pay and enjoy incentives too. This type of arrangement can assist states to have tax efficiency and tax fairness- government will relieve itself from the burden of tax collection, it will have the needed revenues in advance ( could be up to 10 years advance payment) to help states temporarily relief themselves the burden of unpaid salaries.
Apart from innovation in taxes, states and even the federal government can look into leveraging from the assets they have. In many states, there are thousands of unserviceable vehicles, farm implements and many types of electrical equipment. Governments can make money by auctioning such items. Furthermore, many states have abandoned building- completed and uncompleted, fenced and unfenced plots of land. These assets are commercially viable. They can be leased or sold. Funds can be generated from the arrangement. In addition, the Nigerian Governors Forum (NGF) should discuss with regulatory agencies, CBN, quoted companies and pension fund administrators on how government can utilize unclaimed dividends, pension fund and CBN’s many intervention funds.
For States and LGA chapters of Labour unions, this situation calls for their creativity and sacrifice- the union and states governments should sit and design a model on how each worker will get at least, some parts of their salaries every month- critical situation requires critical measures. Instead of no pay every month, government and labour unions should design a formula on how each worker will get something from the meager funds available. Something is better than nothing, even if it is half salary.
With the current hard situation many workers are facing, questions are being asked about the monthly dues workers pay? If these monies were being invested; then this is the right time for the labour unions to make use of the profit being generated to assist their members. But if the monies were not invested- a big lesson has been learnt.
Zayyad I. Muhammad writes from Jimeta, Adamawa State, zaymohd@yahoo.com, 08036070980.