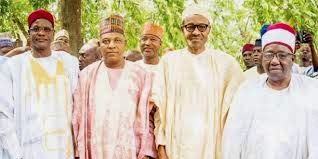 Poverty, illiteracy and bad leadership are the greases that run Boko Haram insurgency in the Northeast. In fact, Northeastern Nigeria has become the epicenter of Boko Haram insurgency because majority of the people in the region live in abject poverty induced by toxic leadership. Though, other national factors like, unequal distribution of resources, the sloppy handling of the conflict by the government at the centre and the absence of employment opportunities have also helped Boko Haram in its recruitments and indoctrinations.
President-elect, Muhammad Buhari has promised to end Boko Haram. But the big question is after that, what next? Buhari must tackle the main condition that facilitated the growth of Boko Haram- abject poverty in the region. The average Nigerian in the Northeast is extremely a poor man.
Buhari will need to create productive employment for the region’s teeming unemployed citizens and those engaged in unproductive-manual jobs. He can achieve this by taking a cue from China’s Chairman Mao’s development model of agriculturalisation, industrialization, and collectivization.
Nigeria’s development efforts over the years have laid emphasis on urban development at the expense of rural development which has led to a substantial rise in inequality between Nigerians; this is why Boko Haram recruits with ease in the northeast.
Buhari, being a former governor in the defunct Northeast, is certainly one of those who understand better, the multifaceted challenges and the need for security, rehabilitation and development in the war-torn northeast. However, Buhari’s development plans for the Northeast has to be tied to agriculture. Agriculture is the easiest way to touch and integrate the lives and livelihood of the millions of people in the Northeast and at the same time, quickly rehabilitate the land, the people and the local economy from the ‘scars’ of Boko Haram’s senseless war. The much-talked about and celebrated promise by Buhari to resume oil exploration in Lake Chad is a welcome development, but it cannot, within short time heal the wounds of the war in the Northeast.
Though industrialization entails both technology and profound social development, Buhari can also develop an agro-allied small scale industrialization programme for the Northeast with systemic as well as systematic measures to steer resources into the productive process. This will help in sustaining the agricultural sector and help in human capital development, including the rehabilitation of the destruction, dislocation, disruption and the exhaustions that are so obvious in many of the war-torn communities.
Boko Haram have destroyed many schools and killed many school children in Borno, Yobe and Adamawa states. Thus the education problem in the northeast has become different from that of the rest of the country. The Northeast is facing the problem of large number of children out of schools; many destroyed schools and fear instilled in children and parents to send their wards to schools. Collaboration between the three states of Borno, Yobe , Adamawa and Federal government is required to tackle these big problems.
China owes her development to Chairman Mao’s ‘Great Leap Forward’ of agriculturalisation, industrialization, and collectivization. Though, we are talking about rehabilitation of war-torn communities with high rate of illiteracy and poverty, Buhari can still benchmark Chairman Mao’s idea through agriculturalisation, small scale industrialization and human capital development. However, it took China decades to start reaping the benefits of the ‘Great Leap Forward’.
Zayyad I. Muhammad writes from Jimeta, Adamawa State, zaymohd@yahoo.com, 08036070980

Suleiman’s Blog: How to travel in Nigeria